429 Cougar burnt to a crisp

Apparently I was involved in a discussion awhile ago on an Olds forum on a 429 CJ Cougar. The owner updated the board with tragedy. Not sure if this has been discussed already, but I wanted to bring this to the attention of the 429 whores here. 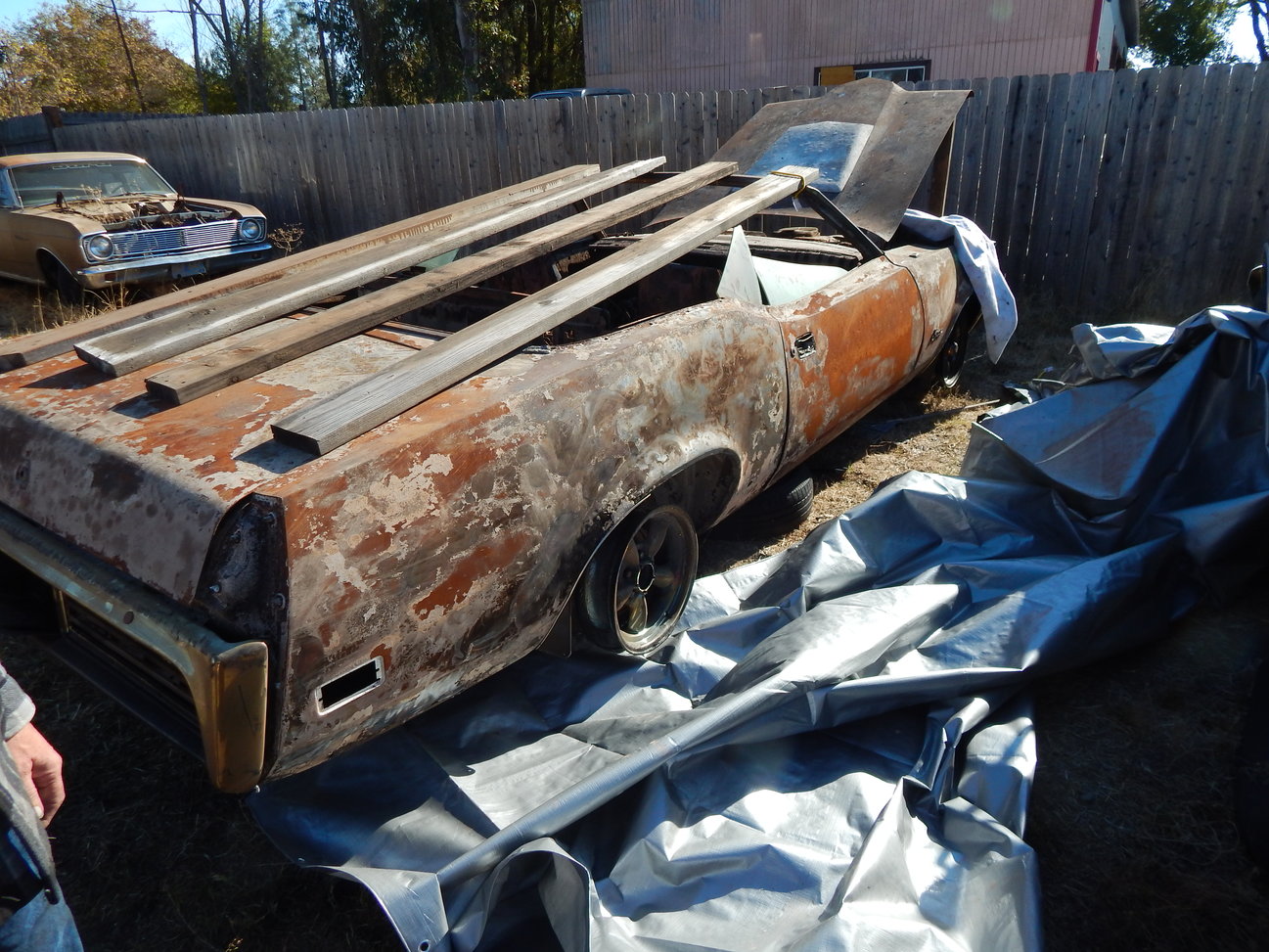 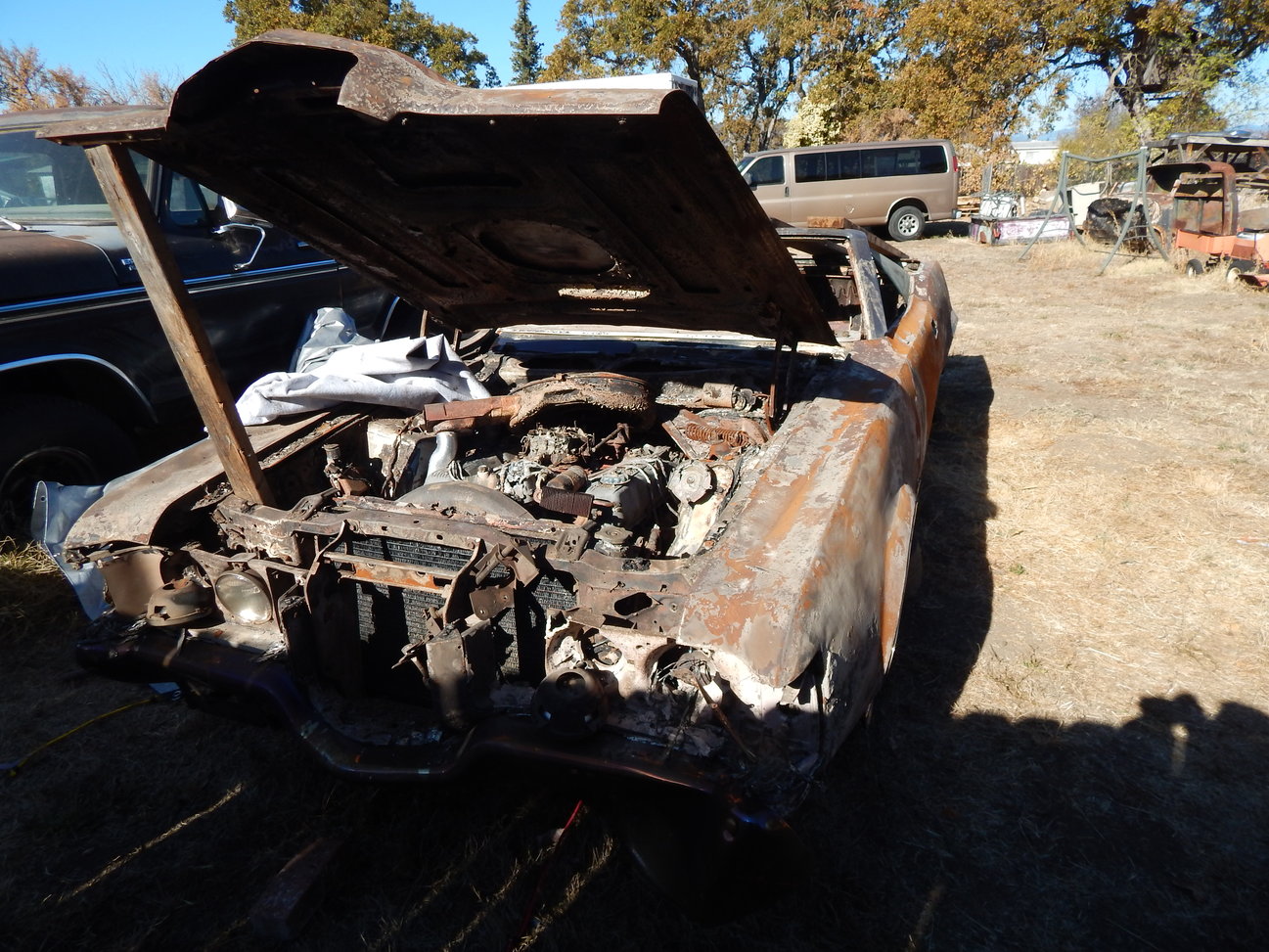 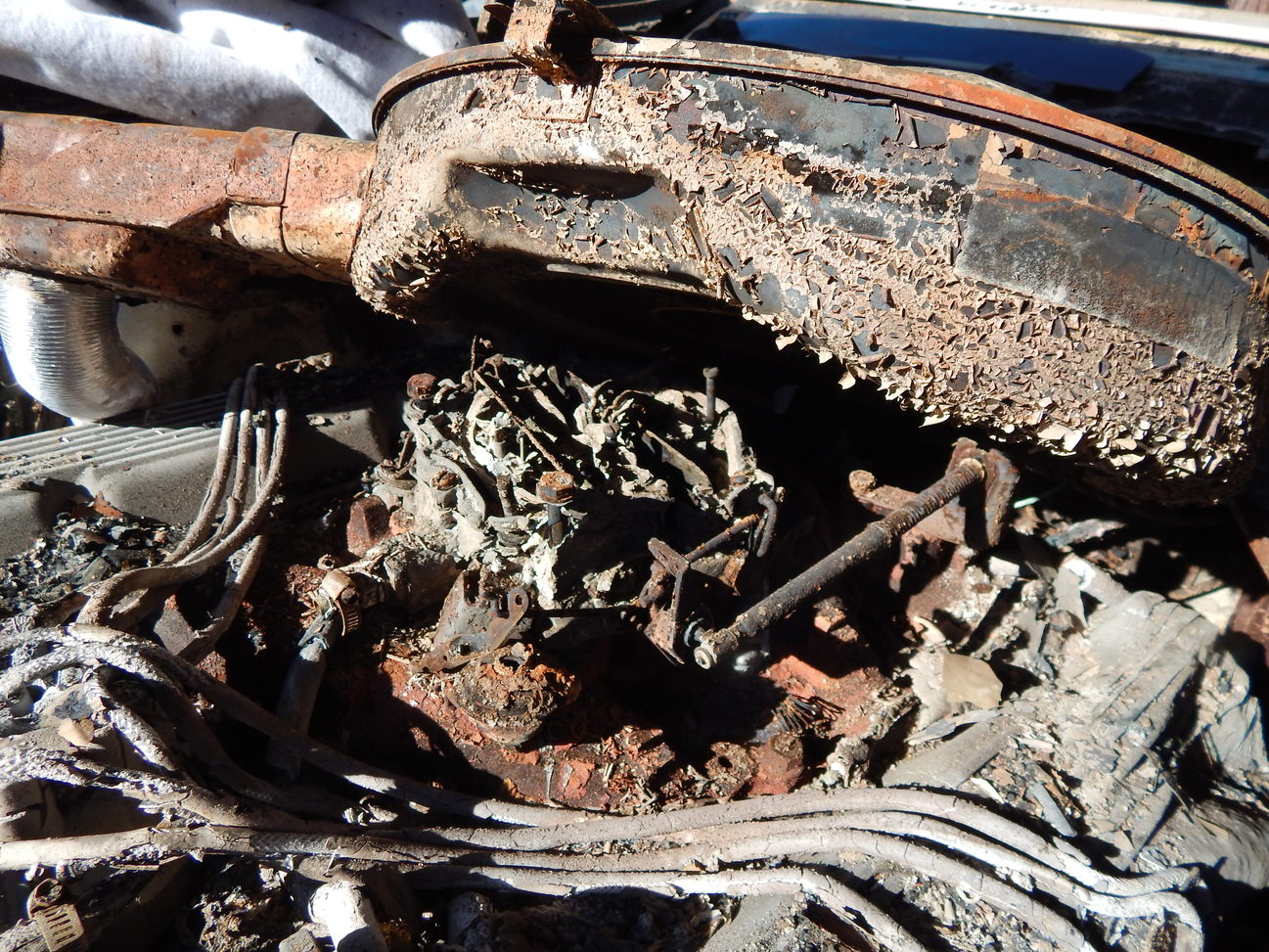 It may have been a factory show car VIN 1F92J500067.
I feel bad for the lady who owned it. May this rare Cougar Rest in Peace.

Sure looks like it, although I think this is an automatic.

They looking to part with it? I have a car trailer and winch on it.

I was trying to plant the seed for them not to part it, as I figure some Cougar wizard can fix it up properly.

I found the following information at the top of the pace at the Oldsmobile thread in the first post posted here.

A friend at work tells me her father is going to sell the old family home, but needs to get rid of an old car in the garage. It was her brothers, but he was injured back in 1981 and couldn’t drive anymore. She tells me that her father thinks it needs too much work to be worth anybody in the family keeping it, but she kinds likes it. She’s asking me if I know the value, so she can evaluate if its worth fixing up or not. The car is a 1971 Mercury Cougar convertible that’s been stored inside since it was parked in 1981. I start asking questions she doesn’t have answer for, so she contacts family where the car is located. Then the details start coming… it has a 429 and a 4 speed transmission. Another car guy at work tells me Fords have a lot of information you can get online with the vin number. So we get that and discover its a plain jane Cougar with a 429 Cobra Jet and ram air! She has a picture and its a real pretty metallic blue with white bucket seats. Parking lot dings, but no big dents, and in a dry part of the country so no cancer type rust. So I’m telling her don’t hesitate, buy it from your Dad and enjoy it! As long as there’s no major problems with the car its likely to increase in value, so call it a family heirloom, investment, or just a fun toy The only thing that could make this story more fun is if the car were a performance Oldsmobile!
John

Bill,
It is a 429CJ 4 speed, Bright Blue with White Bucket seats as well as that ultra low VIN I think it has a good possibility to be one of the show and tell cars.

Sure looks like it, although I think this is an automatic.

Phil,
If you look at the picture of the engine you will nit see a kick down rod. All Automatics in Cougars from the 1969 model year used them.

To clarify, AFAIK there were no scj 429 cougars for 1971… all 1971 429 Cougars were made with hydraulic lifters and Rochester carbs, ram air or not. SCJ was available in mustang/Torino/cyclone only.

SCJ was available for the Mustang only. None were built in the Torino or Cyclone series.

The only SCJs that were built by the factory in 1971 were Mustangs. Marti has no records of Torinos.

Just because Marti does have it, doesn’t mean it didn’t happen. They are not the final voice on it. as if they’ve never been wrong. Maybe you should tell all the people on the Torino Cobra . com website that they don’t have any 71 429SCJs.

So are you saying there are SCJ 429 Cougars too?

Just because Marti does have it, doesn’t mean it didn’t happen. They are not the final voice on it. as if they’ve never been wrong. Maybe you should tell all the people on the Torino Cobra . com website that they don’t have any 71 429SCJs.

#16Unread post by Diego » Today, 15:15
The only SCJs that were built by the factory in 1971 were Mustangs. Marti has no records of Torinos.

I see him saying there were Torino SCJs for 1971. And Marti is the final say on what was done for sale from the factory. But not proto types and test cars that were modified in one of Ford’s test and proving garages. Here we mostly only care about what we could have gone to a Dealer and fond on the lot or could order. We cold not order Prototypes.

No, I’m saying the only cars built with the Drag Pack in 1971 were Mustangs (though I appreciate the attempt to clarify).

This is documented by Ford records.

And the consensus at TorinoCobra.com are in agreement.

IMHO, prototypes and pilot cars either were without VIN and destroyed, or were built by Engineering to have the parts required for promotional purposes, but that doesn’t mean they were invoiced with those parts. As it stands, not one 1971 Torino was equipped with the Drag Pack per invoices.

No different than Cougars.