On January 30 2016 C.A.T.S had a small meeting at Ray Bischoffs house to discuss the desire of a Cougar Club of America show at the Ford World headquarters https://en.wikipedia.org/wiki/Ford_World_Headquarters to celebrate the Mercury Cougar 50th anniversary. Events really started to align and move forward with the inclusion of Mark Kulwik who has just recently purchased an XR7 G. Mark is also a member of the SAAC – Motor City Region (SAAC = Shelby American Automobile Club) http://www.saac-mcr.com/ and a key person in planning their events with Ford. With some help and encouragement from Gavin Schesinger we decided to meet and discuss the logistics of a show at the headquarters. The SAAC – Motor City Region offered to host C.A.T.S and CCOA to have a show along with their 42nd Motor City SAAC Show n’ Go at the Ford World Headquarters. They even went as far as letting us pick the date. So, a big THANK YOU to Mark and the SAAC – Motor City Region. This will make for a very unique and exciting event for the Cougar Community. We have the date set for an exciting weekend starting Friday June 9 2017 an ending June 12 2017. This will be the weekend following the all Ford Carlisle show.
Friday June 9 2017: We will have a meet and greet set up at the host hotel to give pre-registered participants a goodie bag and itinerary on the weekend events.
Saturday June 10 2017: We are planning a cruise to a local point of interest. Maybe a second cruise in the evening on Woodward ave. Working to get some guests speakers that would be interesting to the Cougar Community.
Sunday June 11 2017: C.A.T.S / CCOA show at the 42nd Motor City SAAC Show n’ Go at Ford World Headquarters in Dearborn MI. The 67 Cougars will park together to highlight the 50th anniversary. This will be an all Ford show with the Cougars parking together, but separate next to the rest of the car show.
Monday June 12 2017: Open track day with the SAAC – Motor City Region at Waterford Hills road course a short distance from Dearborn. http://www.waterfordhills.com/ This is open to all car makes and experience levels. Driver instructors will be available if you have no experience or want to improve your skills . This will be a very unique opportunity if you ever wanted to experience driving a road course track. Also looking at opening the track up for a short time of slow pace laps if you just want some photos on the track.

That sounds awesome! Count me in.

Sounds like fun.
My Cougar won’t make it but I may.

I’m game for setting up a pool, hire a carrier to haul 4-6 cats (maybe more?) from the Northwest if anybody wants to start an email group??

This is a dream show!

That is going to be a super cool show.

As Brian said, it is the weekend following 50th anniversary show at Ford Carlisle, so it’s within the realm of possibility people traveling a great distance might make both shows.

Next few years are going to be busy!

The upstarts at the Midwest Cougar Club are planning an event here in Tulsa, as well, but that is in April, IIRC. (Yeah, bad Cougar owner, I’m not in the club, and haven’t paid much attention to it.)

I’ve already started a little buzz about getting a carrier filled up with kitties from Cali.
SoCal/NorCal boys, what do you think?
How about a:
GT-E
G
Eliminator
?
?
?
Reunion?
Let’s set the record number of _______s to be assembled in one place.
Maybe even the record number of Cougars?
This will be epic, and most of us won’t be around for the 100th.
Save the date. Save your pennies.
Let’s go!!!

Jodi, Get the word out to the rest of the Cougar owners in WI. Fun group of cheese heads up there. I had a great time at IOLA and they all need to come to this show!

Would be excellent to see a big group from all over the west coast, east coast and the whole USA. Hope to have some visitors from across the pond as well. Leon

We are in the very early planning stages. But, I think C.A.T.S can put together a very fun/interesting show along with SAAC Motor City region.

We purposely planned it the weekend after Carlisle so people traveling a long distance can take some extra time and attend both shows if they choose too.

Brian/Gary, I could be in on this!

Cindy and I visited Detroit over a weekend in September for the MSU-Oregon football game and let me tell ya, things are happening in Detroit these days! A ton of new construction, Woodward Ave is buzzing, and the highways are all amazingly transformed and looking new. The Henry Ford and factory tour are a must.

It will be great to cruize along the riverfront, Woodward Ave, and through Downtown, Greektown, etc at night. I can see a million photo (and video) opportunities…both with your individual cars and with a huge group.

Get your cameras ready, Andrew!

This is going to be a “Once in a lifetime event” certainly traveling from far away it would be ideal to have cats at Carlisle PA the weekend before and then travel to the event at Ford World Headquarters.

The sooner pre-registration forms are out and hotel reservations are made the better.

Gary and Brian you both have the right idea with hiring a carrier service to deliver cars to and from the event. I know Matt Slay ClubServices@CougarClub.org had a similar idea with cars from Texas.

I hope to have all of the 2017 event materials posted to http://www.CougarClub.org when they become available.

Certainly we hope that Bill and Rich are able to attend this legendary event representing http://www.LegendaryCougar.com

Who will speculate how many cars will be in attendance and what the farthest distance traveled, with a cougar, without a cougar and in a cougar will be? Certainly for 2017 events will have people in one of the three categories

What a great time to be a cougar owner! 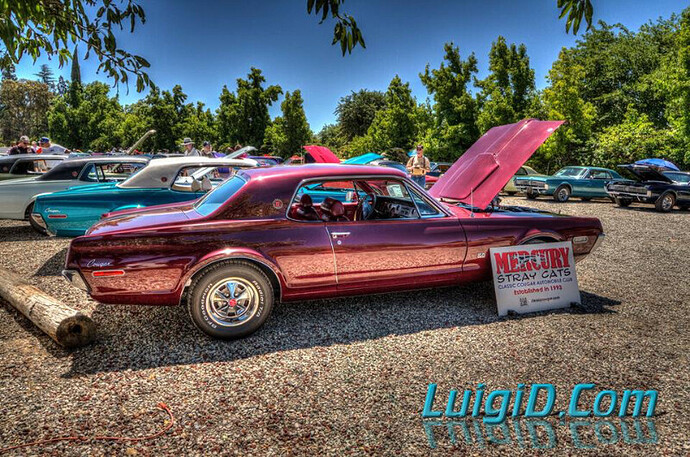 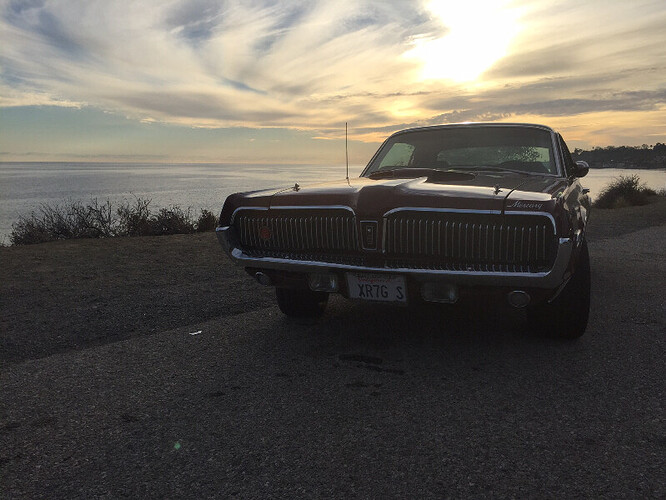 This has possibilities… We used to take the ferry back when I was a kid and G’parents lived in Muskegon. It would cut about 150 miles off the trip for me (and avoid Chicagoland). On way home, I could take the northern route across the Mackinaw bridge, thru the U.P., and along south shore of L. Superior. I could sell this one to the better half…easily.

This has possibilities… We used to take the ferry back when I was a kid and G’parents lived in Muskegon. It would cut about 150 miles off the trip for me (and avoid Chicagoland). On way home, I could take the northern route across the Mackinaw bridge, thru the U.P., and along south shore of L. Superior. I could sell this one to the better half…easily.

A caravan of vintage Cougars driving off the ship at Luddington would be a fine sight to see. I think we could find at least 3 or 4 more owners here in Wisconsin and possibly even more mud ducks from that strange land west of the St. Croix River to join us. The boat ride would save them some miles as well.

Jody, keep in mind that you have the fast ferry from Milwaukee to Muskegon MI as an option as well. I am 2 hours south of Ludington and 45 minutes south of Muskegon. When you do cross I might be able to rendezvous with your caravan somewhere.

Take a tour of the Henry Ford Museum and see the ASC owned G Cougar that is pristine.

We have a new Facebook page up and running for the C.A.T.S club
https://www.facebook.com/CATSTheClassicCougarClub/?ref=aymt_homepage_panel
Scott Zeller (member on here) designed our new Logo. Check it out and we will be doing updates on the page for the 50th anniversary show at the Ford World Headquarters. To join the club send me an e-mail: letsridebc@yahoo.com