AC box out of a maverick

First a little back ground. I have a 67 xr7. It’s in rough shape but I’m slowly getting it cleaned up. It’s a daily driver which means it will see the winters of Michigan. Where I can I’m putting in stock or stock type parts. It came with the original leather buckets that need to be redone, there’s a set of standard buckets in it right now. It has a 69 302 and a T&C 3+1 in place of the 289 auto. I’m using the original center console bottom and saved the top pad in the garage. So I’m not trying to change how it would have looked from the factory is what I’m getting at.

Now, the car I had before the xr7 was a 72 2dr maverick w/AC it worked fine before I put the 302 in it. I have all the factory brackets for the engine to install the AC pump, and when I scrapped (had to) the car I stripped just about everything out of it. Including the entire AC. Looking at picture of the stock cougar AC box I can see there are some small differences, but nothing that shows that it couldn’t be used in the cougar. Right now I need to rebuild my cowl on the cougar and I was thinking about installing the maverick AC box while I was at it. I don’t mind making a few minor changes for something like that, that doesn’t really show.

Maybe Don could shed a little light on what I’m thinking. And BTW this was the reason I have the center AC panel in my dashboard in some of my pictures.

So the question is, does anyone else think it would fit?

The Maverick engine brackets are NQR for a '68 - 69 302. To make it work you would need a '70 to '77 302 harmonic balancer, and all the brackets and pulleys for PS and alternator and AC compressor.

Or just use the '68 engine brackets and pulleys. No idea on the under dash system, keep us posted because it is interesting.

The pump is a non issue. I have a 69 302 with all the brackets and pulleys. I know I’ll have to work up new hoses. It’s the box itself and all the workings inside the car. I’ll have to buy a few things like controls and vents. I’m just wondering about the fit of the box and fan, which i think are very close.

Probably the best thing to do is a trial fit of the box under/behind the dash housing. I can pull some measurements of a stock Cougar unit so you can compare it to the Maverick unit. What is a T&C 3+1?
Steven

T&C 3+1 was the toploader imposter. It was a 3 speed with a 4th gear overdrive. It stood for “town and country” They flipped the 3rd to 4th gear lever and so that 4th was now 3rd and the 3rd gear was geared as an overdrive 4th gear. 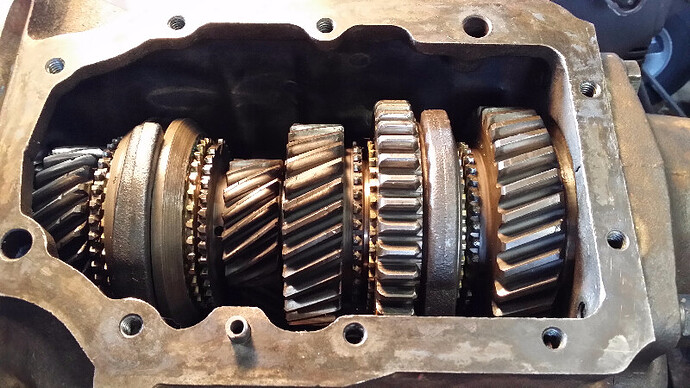 For future reference… No a Maverick AC box will “NOT” fit. It is so close, but no cigar. After wrestling for some time I got the box under the dash and mounted. But the blower housing and upper ductwork would have either meant getting rid of the windshield wipers or radio. And still not fit quite right.