I bought these repro speaker pods from WCCC.

I’m trying to install them behind the kick panels on my 1967 Cougar XR-7. I removed the kick panels and the holes had already been cut out but not properly so the pods did not fit. I made a template and was able to grind out the extra metal. The pod on the passenger side is now in. I am unable to get the speaker pod in on the driver side because the windshield washer pedal is in the way. I removed two visible screws from the pedal thinking I would be able to move it out of the way, but it still feels like it is attached and although I can move it a little, it still blocks the hole for the speaker pod. I tried looking through my shop manual to find a picture of how it is attached but was unsuccessful. Is there a picture of how this is installed in the shop manual that I am just not seeing?

I found this picture of the pedal on the WCCC website which shows that there are two more screws higher up.

How do you get to those? I was maybe thinking to remove the heating switches and go through the dash?

If anyone has put the driver side speaker pod in, does the fresh air vent need to be removed too?

Thanks for the help.

It’s quite a job to get at all the fasteners that hold the windshield washer pump in place. You will have to be patient and use your imagination.
I don’t think you need to take out the fresh air vent to install the speaker pods, but if you do it’s not the hardest thing to do.
My advice when working under the dash is to take the seat out so you can see and get to things easier.

If I recall right (could be wrong) you need to take the vent register out to get the top two screws on the washer pump. It’s tight work and like Scott mentioned taking the seat out is almost a must. !/4in drive sockets and long extension (s), nut driver and ratchet and you should be successful. Hopefully you don’t find that you have a leaky cowl on that side.

Not really disagreeing with David above, and I’m sure it’s probably easier to get the washer pedal out with the vent removed first, but I eliminated my washer system and the vent has never been out of the car. I yanked it close to 18 years ago. So I can’t recall how difficult it was. But I don’t think too terribly.

It was getting dark and I was getting frustrated last night so will give it a go this morning. Thanks for the responses.

So it can be done with leaving the vent in.

Next pull the rubber cap off the headlight hi beam floor switch. Fold the carpet back to reveal two screws holding the switch to floor. Remove them.

Place the opening of the speaker pod around the air vent. If your hole is the right size you can now rotate the pod up into position.

I’ve attached a pdf of the speaker pod template I used to make sure the hole was the right size. 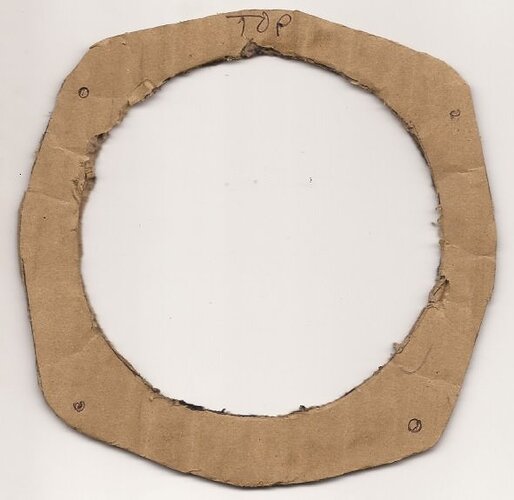 Been gathering parts for this as well.

Kick panels for OE speakers are not reproduced so looking for options on what to do for the speaker grill itself or how to reproduce using the reproduction panel that is available.

Found this pic which i assume is how they came? 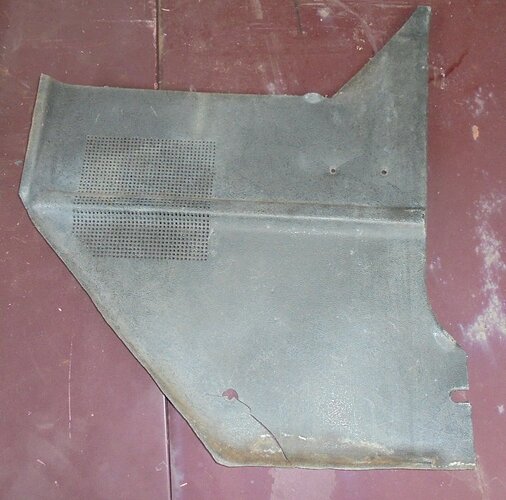 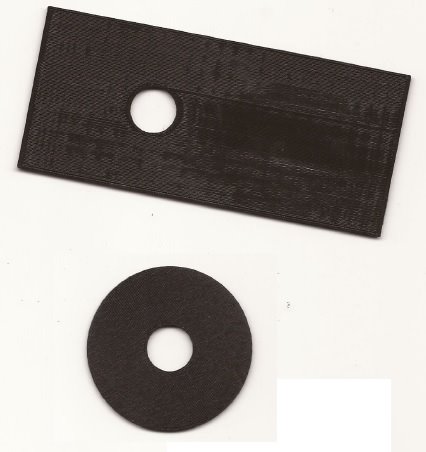 I attached them from behind with 5 minute clear epoxy and a couple of clamps. 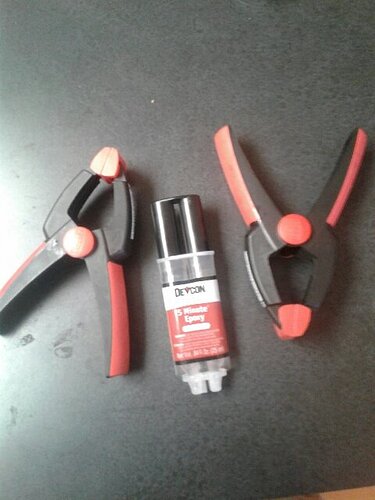 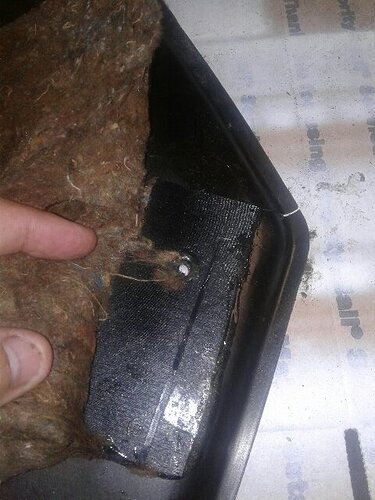 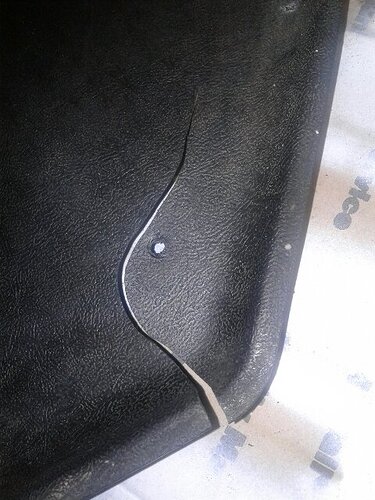 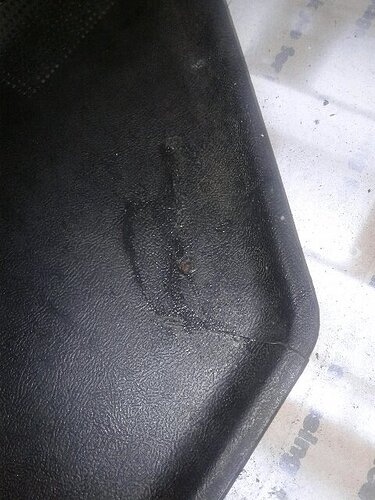 Looks like a great job! And correct call in saving the OE kick panels with speaker option. Would be interested in seeing a pic of the whole panel.

I did find someone that was reproducing ones for Fairlanes and Rancheros as well as the pods which are the same for Cougars.

I made new ones for mine by carefully laying out the holes (somewhat using the old for templates) and then drilling all the holes in. Was very time consuming but worked well.

For those that are considering doing this you might want to take a look at this old thread starting with the 7th post. There are lots of detail pictures. https://cccforum.discoursehosting.net/t/kick-panel-speakers-on-68/923/1

Here is another before and after. 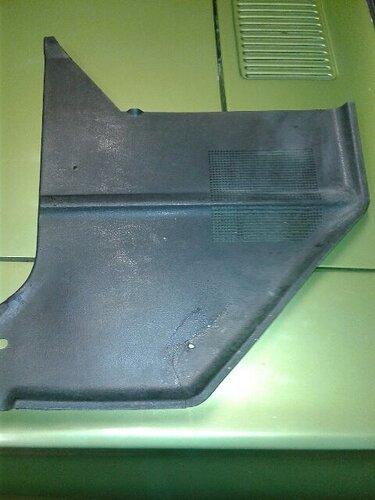 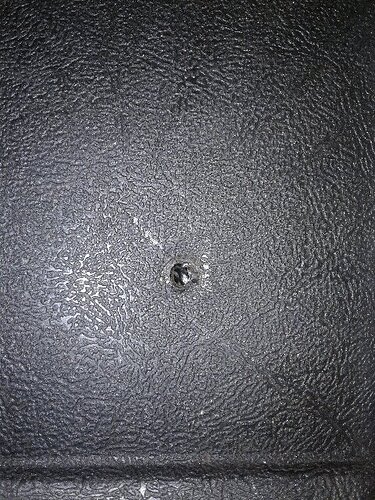 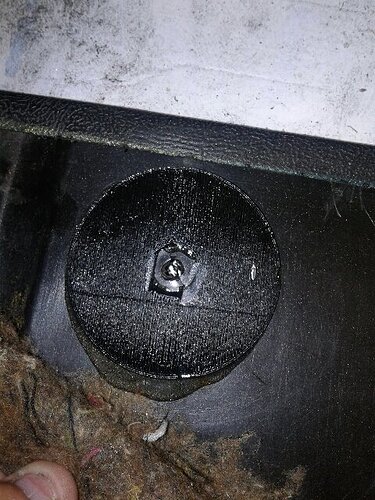 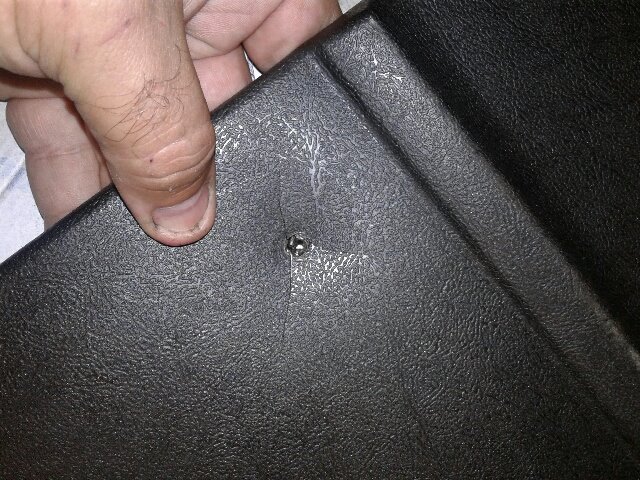 I have extra repair brackets. If anyone can use them LMK and I will mail to you instead of trashing. 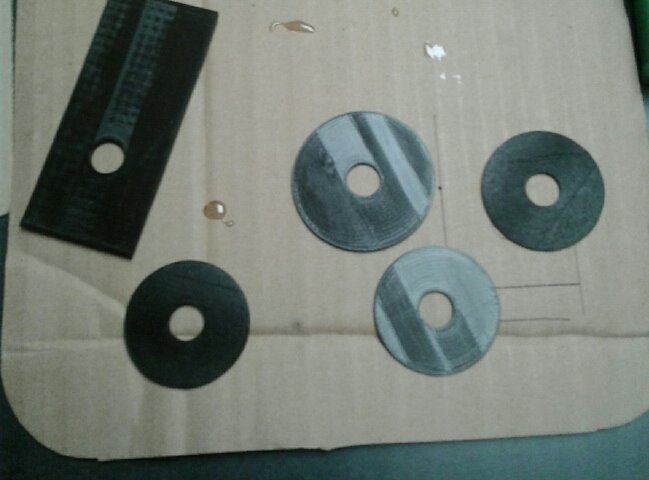 I would definitely be interested. How much for postage?

The kick panels were super dirty because the hole for the speaker was present but there were no speaker enclosures so road dirt was coming in through the fender. After the repair and a quick clean they look great. Here is the before and after cleaning pics. 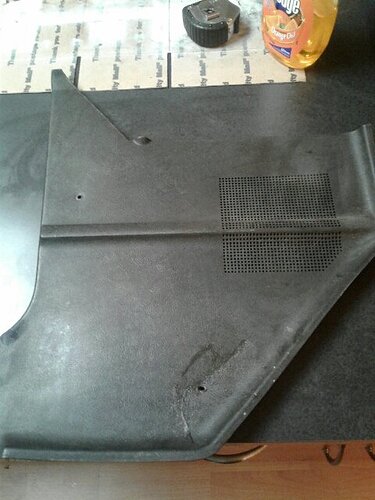 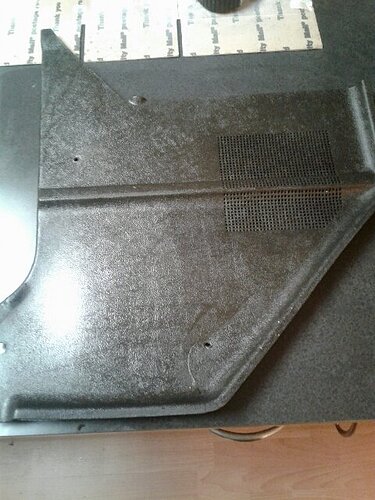