Hello everyone I’ve recently become the owner of a 68 cougar. It was my father’s car, he had owned since new and the car has sat in a garage for the last 10 years at least. 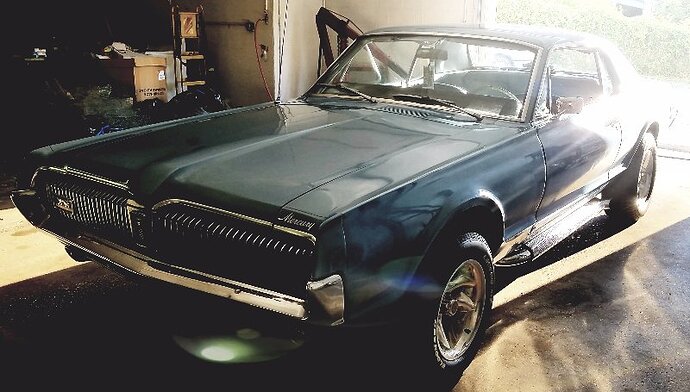 Before I first started driving it, I noticed the rear turn signals were not flashing in sequence. I was able to take it apart and clean the contacts and everything was well for a few drives.

Now, i had never seen something like the system found in these cars

The last few weeks I’ve been reading alot on here, I’ve read all the trouble shooting guides, stared mindlessly at the wiring diagrams scoured this forum for a problem similar to mine and been crawling around in this car with my test light and I’m not sure what to do next.

Before I explain
I’ve changed all the fuses including the inline fuse. The turn signal fuse, 14amp top left WAS blown when I began this. I have power at the fuse. I changed it but my problem has not been resolved.

So when I hop in, turn the key on and flip the turn signal lever, in either direction, the dash light will illuminate solid. No pulsing no blinking just solid. The sequencer can be heard in the trunk but no lights flashing. Not in the front or rear. None of them.

The brake lights are still functioning.

When the hazard switch is depressed both dash lights for the signals are illuminated solid. That’s it no emergency light illuminated no rear lights no front lights.

Interesting note when my foot is on the brake and the taillights illuminated, If I flip the signal switch, the brake lights on the corresponding side will disappear. The motor on the sequencer can still be heard.

The directional relay I have power at only 2 on the many points. 1 at a time depending on which direction the lever is flipped to

The emergency flasher I checked for power at the back of the plug. 3 of the 5 wires are receiving power 2 on the same side gave me no light on my test light. A solder appears to have once been on the lid for this thing, stretching to the bolt on the bottom I’m assuming. Don’t know what this will cause

The breaker mounted above the drivers rear taillight, I seem to not be getting power from this guy either 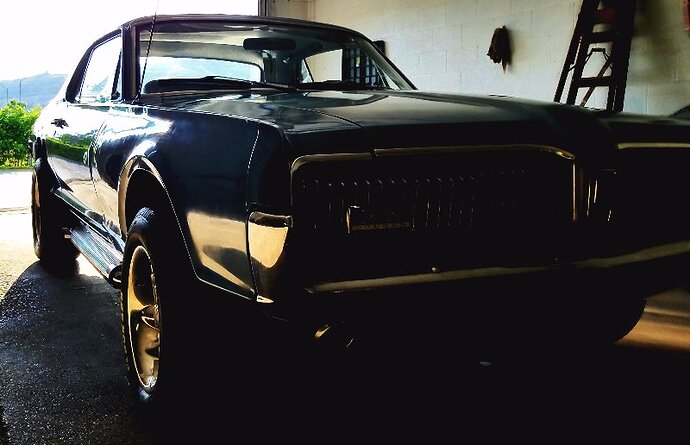 I once got this behavior on the right side i.e solid colour in the green dash arrow and all bulbs on the right side when indicating a right turn… this was caused by a bad bulb ground with housing on the right front flasher light. Just sanded the housing and bulb socket to solve.

Are you testing this with the engine running, or just the ignition turned on ? these old sequential systems draw quite some power, so they do not function very well unless the engine is running.
The old mechanical sequense system only flashes the centre bulb on each side on Hazard.
You may need to take out the sequense system and open it and clean it toroughly, you can still hear the clicking of the sequensing motors, but there may not be contact from the cams and out to the lights

I’m no expert on these systems, but there is a troubleshooting site, http://www.thuntek.net/cougars_unlimited/
And also, there is a sticky thread on top of this subforum forum here about sequential systems, https://cccforum.discoursehosting.net/t/everything-you-wanted-to-know-about-67-sequential-signals/2978/1 where you can ask questions, and get answers, or there may be an answer to your problem if someone else have asked about it earlier

So after another day of probing with the test light I’ve found the cams in the sequential motor are not contacting correctly. I cleaned em off and they worked for awhile but have since began to fail again.

Thanks for the help everyone jan-o spot on