I’ve just been out in the Cougar for the first time this year and I’ve noticed a small amount of water in the passenger footwell, sat on top of the rubber floor mat.
I’m wondering if this is a leak from the heater and could be the start of a world of pain as I assume the dash would have to come out to get to it? Opinions?

If its your heater core the water would actually be coolant / anti - freeze. If really water you will need to look further at windscreen (making you feel at home), cowl and possibly just your condensation drain being plugged or otherwise damaged.

It was just water. That sounds better than the heater, I still get nightmares over the struggle I had sorting out a heater on an old urquattro years ago.
We,ll see what happens next time I go out in it.

Check your cowl vent to make sure it’s not leaking. It’s easily done by pouring water it the vent opening if front of the windshield. If that is the problem it will make the heater core seem like a cake walk. Repairing a cowl leak properly requires removing the windshield and a lot of spot welds. Here is a great link to show whats involved with a cowl leak repair https://cccforum.discoursehosting.net/t/bbcat-following-a-tough-act/1093/2
Steven

That looks a bit daunting!
I’m fairly sure it’s not that though. The thing is that I don’t remember the last time it went out in the wet so I really don’t know where the water came from.

I would lean more toward what Splinehead said. It’s likely the condensate drain hose coming loose from the bottom of the heater/air conditioning evap box. Mine has come off before because I neglected to put a clamp on it. It could also be that the plastic nipple has broken off of the box. I hope that is not it as it could be a little painful to repair if you can’t just glue it back together.

Being a 69 shouldn’t the cowl panel come off after removing the screws?

Being a 69 shouldn’t the cowl panel come off after removing the screws?

Yes, but that does not open you p to the full area. Just to a couple of openings. He should be able to see a lot of the area though.
This is what you get withthe cover off. 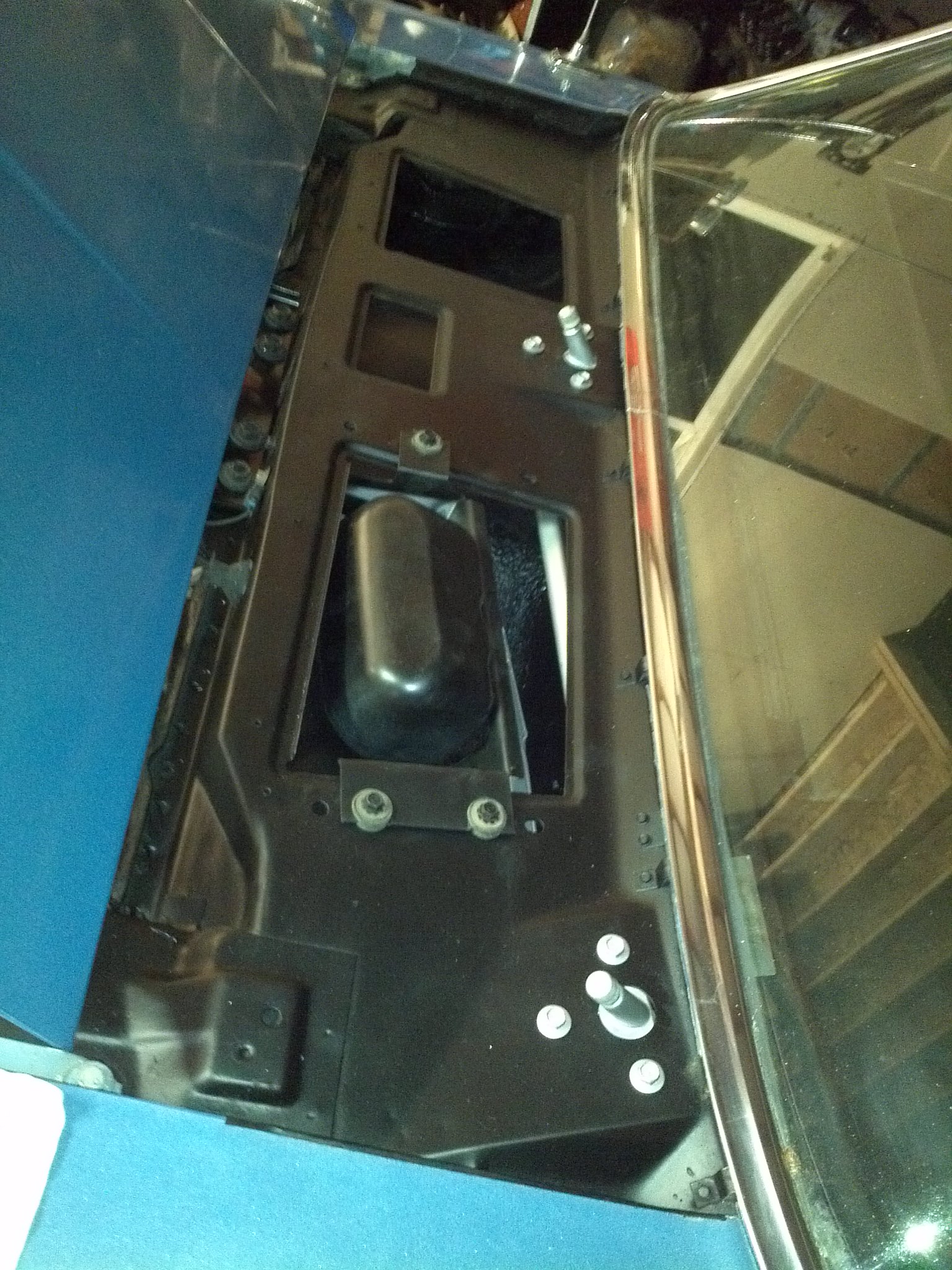 Thanks for the information guys.
I’ve been thinking about this today and the condensation tube would appear to be the favourite. However I don’t have a/c in my car.
Does the heater have this tube?
If it does, what’s the best way to access it? From the footwell, laying on your back and looking up?
Does any part of the dash/glovebox have to be removed?
Thanks for hopefully making my life a bit easier!

Thanks for the information guys.
I’ve been thinking about this today and the condensation tube would appear to be the favourite. However I don’t have a/c in my car.
Does the heater have this tube?
If it does, what’s the best way to access it? From the footwell, laying on your back and looking up?
Does any part of the dash/glovebox have to be removed?
Thanks for hopefully making my life a bit easier!

A heater only box does not have the tube.

Hate to say it, but if it “was only water”, I’m thinking cowl.

I didn’t really understand how a heater would have a condensation tube.
I’ll investigate further this weekend. It’s a bit of a mystery because I really can’t think of when it’s been exposed to water. In fact, I probably only wash it once a year believe or not. Generally it’s only dust and I use a “waterless” cleaner to get rid of that.

A few years ago we were having a lot of building work done. One night there was a sudden gush of water through the ceiling in the hallway. Not a lot, maybe only a cup full. I went upstairs to have a look. The carpets were up and several boards were up. I spent some time with a torch trying to work out where the leak had come from, but there didn’t seem to be any pipe work in the area.
Next day, I had the builders take a closer look. No joy.
A couple of days later I found our cat using the floor as a toilet.
Now I,m not saying it was the cat but I’m not going to jump to any conclusions just yet!

I was really hoping you had a/c. Since it is a heater only then a leaky heater core, leaky cowl, or leaky cat / passenger water spill appear to be your options.
Obviously the cat pee and the antifreeze possibilities would have an odor, cowl not so much.
As already stated, the cowl is a pain to cut out and replace, but at least it can be done.
This would be the first time I actually hope it’s just cat pee…

Since you said it doesn’t go out in the rain and you don’t hose it down to wash it my bet is on a leaky heater core. Check to see if the floor under the carpet feels a little greasy or the carpet has an antifreeze odor.