It seems that this one is under valued and should be on someone’s list of a Dream Cougar. Based on recent sales I am a little surprised that the eBay auction isn’t closer to $100k.

Thoughts on what could be holding this one back? Even the $75k “But It Now” seems low. 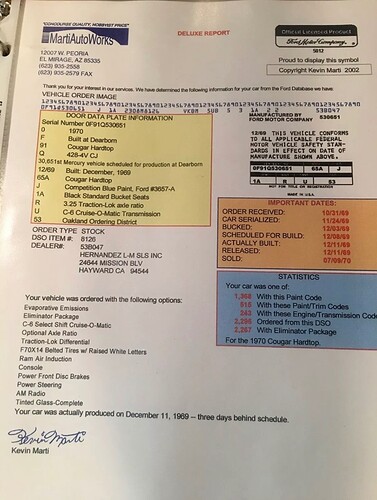 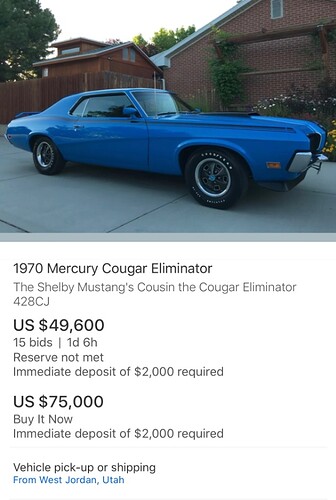 I think I see a few things under the hood that are not correct. But over all it looks good.

Owned by Mike Johns, he is a member here. 7.0 Litre Kid
Non numbers matching engine, no smog. Looks good to me for that price.

Wow****! How time flies,
nearly 17 years ago I saw an ad in the local newspaper.

There was a car listed as a 1970 Mercury Interceptor, so I had to check it out.
It turns out it was the same Competition Blue Eliminator I had tried to buy back in the late 80s.
Even before I found my other 70 competition blue with B/W hounds tooth in 1987.

The owner’s father wanted his space back in the driveway, so he listed it in the local newspaper in the antique vehicles.
Therefore the confusion with the listing. He was also so kind to list it for the asking price of $750.
Original engine/transmission missing but believed to retain the original N case 3.50.1 traction lok rear end.
A small block 302 and 4 speed top loader replaced the original equipment

I just happened to have a spare 428 Cobra Jet Engine on a stand ready to go in another project ( 1969 Double R code) X-R7 Coupe
I quickly reconsidered and decided the 70 Eliminator was more worthy of the transplant.
Also the donor engine was originally from another 70 Cougar built just a month before 530651.

Over the next 5 years it underwent a complete rotisserie restoration. Thanks to Mansfield Mustang , Cascade Classics and many others for supplying the mostly NOS parts, etc.
Although the car was completed in 2008 (we all know they’re never really finished) it has only been shown at some local shows, and is still in show worthy condition. I recently located some of the date code correct parts like the distributor and fuel pump, and corrected several other known issues.
The only things I feel it needs to be concours correct, would be the smog system and exhaust components .
I am anticipating a move in the next few years and am trying to lighten my load. As you may know I sold one of the GTE ‘s earlier this summer, and would consider offers on the unrestored GTE and the numbers matching Eliminator
I would like to Thank everyone for their comments and their bids on the car. 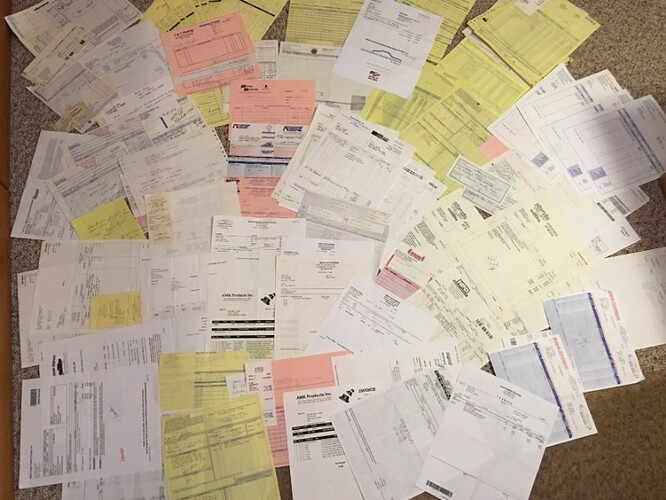 I think I see a few things under the hood that are not correct. But over all it looks good.

Not correct or missing? The air cleaner base is a ‘69 … ( anyone have a 70 , they want to sell?)
Export brace vs original two piece

What else am I missing ? 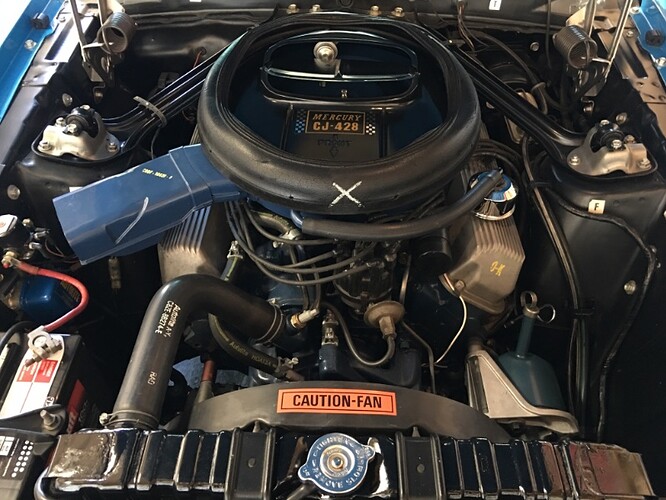 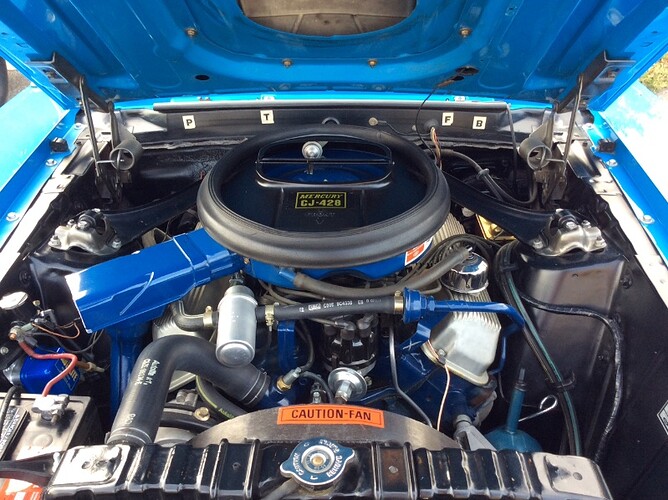 Does it have a rev limiter?

Does it have a rev limiter?

All automatic transmission cars did not receive them, only 4 speed or SCJ package got them.

Someone else here should be able to clarify

I see nothing that would prevent this from bringing the money You’re looking for Mike. It just needs to reach the person who wants it. Good luck with the sale.