I wanted to throw this out there as I am thinking one thing but maybe others have seen this same issue. I have newly rebuilt 390 that is bored 30 over. The engine runs very well although I think timing can be dialed in better. There are all new hoses, new Stant 192 degree thermostat, new temperature sending unit from NPD and a 4 core aluminum Champion radiator installed. I also have A/C so that is why I thought the 4 core radiator would work best. There is a reproduction fan shroud and a OEM 7 blade fan in place. A Ford C9AE water pump was rebuilt or at least that was the story.

The last time I drove the Cougar for about 70 miles the temperature gauge was within a few needle’s width of the red box next to H within 15 to 20 minutes. I stopped twice to check on it and no water was leaking anywhere nor any steam. The air temperature was in the 40’s so the a/c was not on. The upper radiator hose was hot and I was able to run the heat and it worked fine so the thermostat seems to be working.

My guess is that I have a faulty temperature sending unit. I think I kept the old one.

I am also wondering if the Champion radiator is a issue as aluminum doesn’t transfer as much heat as the typical brass and copper radiator. I tried for many years to find a big block OEM radiator with no luck. All I could find is a 1967 390 FOMOCO radiator which is smaller (22") than a 1968 radiator. Can a 1967 radiator for a 390 fit in a1968 for the 390?

Most likely the sending unit is faulty. Every one that I have tried reads too high if it’s not an original Ford one from back in the day. There are motorcraft boxed ones NOS on ebay sometimes, those work well too. The one for big block 1968 has a red insulator material between the brass main body and the center terminal.

You can easily verify this using boiling water, a candy thermometer, and an ohm meter. I have.

If you look in the NPD catalog out today they have a new sending unit F-10884-5 that says improved replacement, tested to read correctly. I did not have this option a few years ago. If I can only remember which storage box the original sending unit is in, I will put that back in. I replaced it thinking anything semi electrical that was 50 years old and sitting around for years probably should be replaced. Wrong!

If your other gauges read high the problem could be the Instrument Voltage Regulator. Some aftermarket IVR run a six volt output instead of the 5 that the gauges should see on average.

This guy still has real ones in stock:

This guy still has real ones in stock:

I recently installed an NOS Motorcraft unit that was stamped “Motorcraft 260” and has the red insulator. Works perfectly in my S code.

Thanks everyone! I appreciate the Ebay link as I am still searching for my original sending unit. I have a number of boxes to go through as I know I did not toss the old one.

I found it. It has Autolite 260 marking and has a 7F date code which is close to the engine tag of 7H. The insulator is gray or white in color and looks like this should work as it is similar to the Motorcraft one on Ebay. I am planning to use some Permatex High Heat Thread Sealant 59214 on the threads to reinstall it.

I’d advise against using any thread sealant, as the thread to intake/block is the ground plane for the sending unit.

NOS ones come with sealant on them already. It’s the Ford version of a product similar to Permatex #2 except the Ford version is dyed red. It doesn’t seem to have any negative effects electrically. 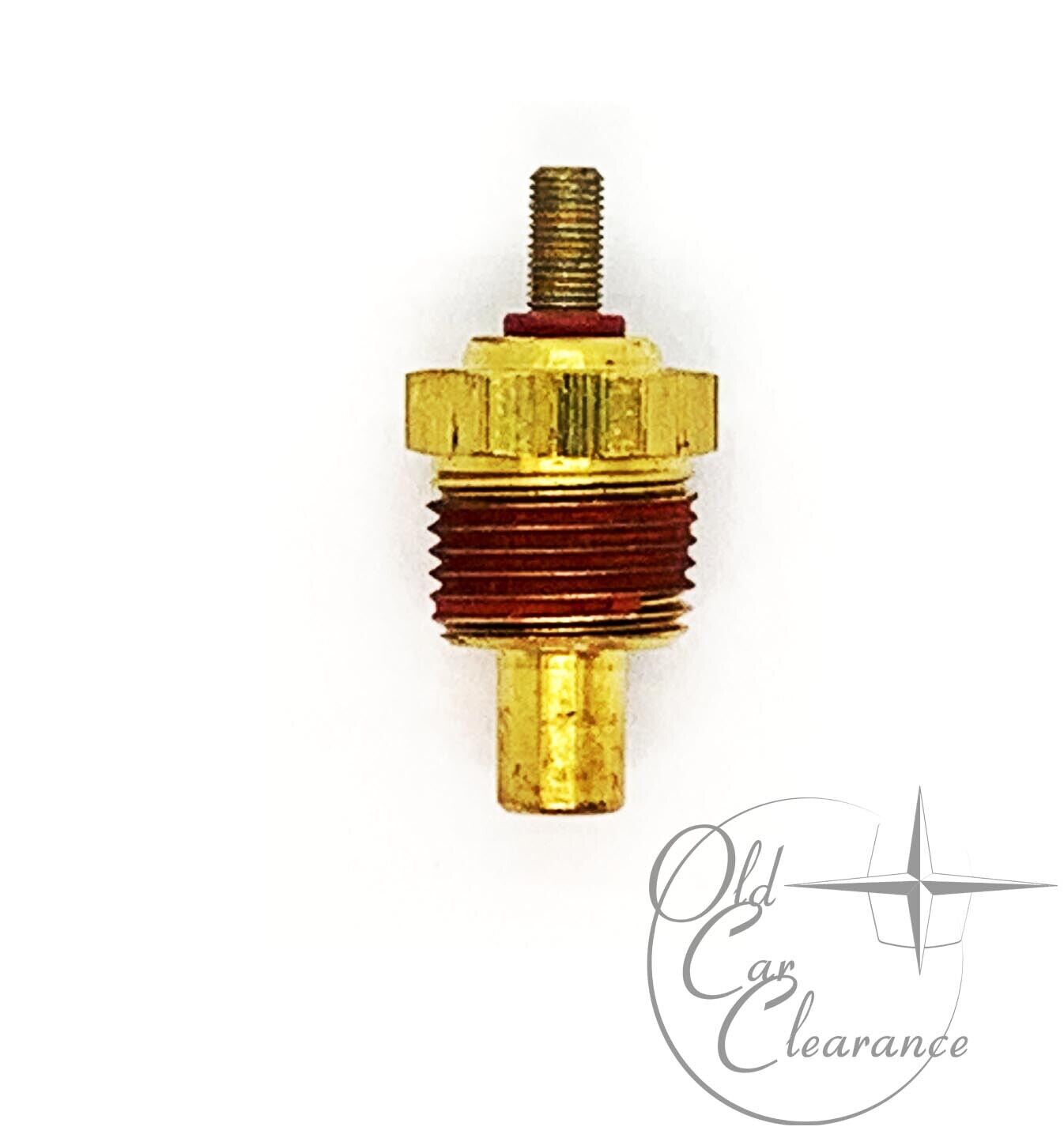 I’d advise against using any thread sealant, as the thread to intake/block is the ground plane for the sending unit.

There should still be plenty of metal-on-metal contact for a ground connection even with thread sealer. The sealer gets forced away from the metal contact points and flows into the voids which it seals.