So I am doing a Toploader 4 speed and a 351w swap in my 68 cougar. But i do not know what flexplate to put in it. Any suggestions?

A flexplate is only used with an automatic transmission. You need a steel flywheel. Any place that sells flywheels will have the correct one - Jegs, Summit, David Kee - many other places.

There is more to it than that
You need a 57 or 64 tooth flywhell based on the bellhousing you are using and ot needs to be a 28 oz imbalance factor…I have talked to many people that bolt evwrything together…than the engine wont crank. Or they cant figure why the bellhousing will not fit

That said, which flywheel you use depends on the bellhousing you have. Bellhousing, block plate and flywheel all have to match. Check the casting number on your bell and reference it against the MustangTek site linked below. 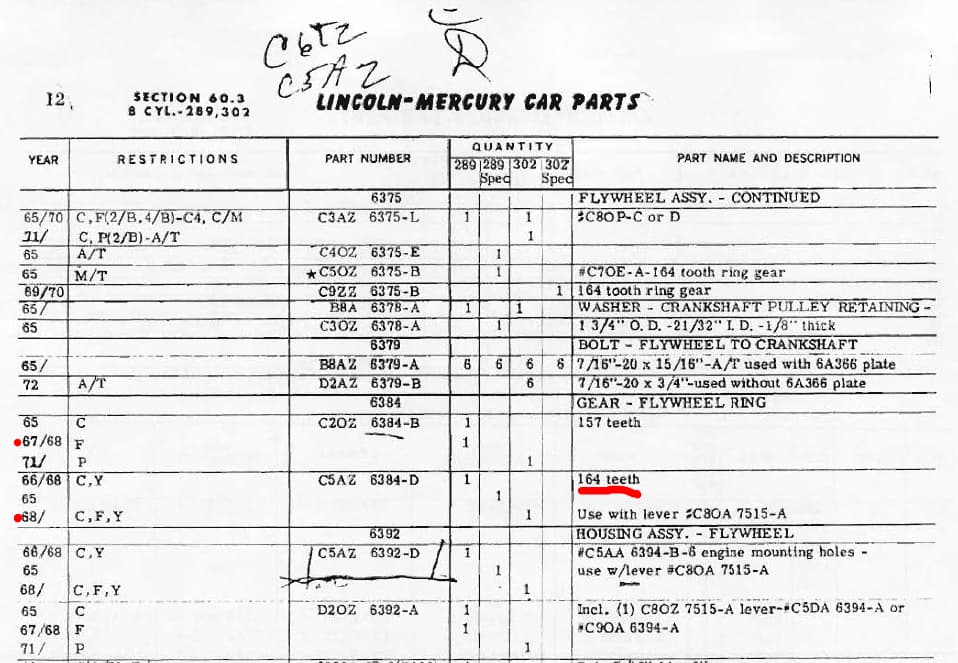 Wow I obviously didn’t know that - I’ve only used the 157 tooth version.