See your other thread…

I’m not sure how many were made, and I don’t have an Elite Marti report, but count me in on a rare, 40,000 mile original early Calif GT!

Thinking about buying a 68 cougar xr7 gt. The man selling it said it was a “rare” cougar. Said it was one of 470 built ( which I doubt) from the vin I’ve been able to decifer it is a 68 xr7 gt 390 v8 aqua color built in California. I don’t know what other info I might have to help me find out he’s referring to. Vin number 8R93S518584. Don’t want to do a marti report yet in case I don’t buy it. Any help with information would be appreciated. Thanks 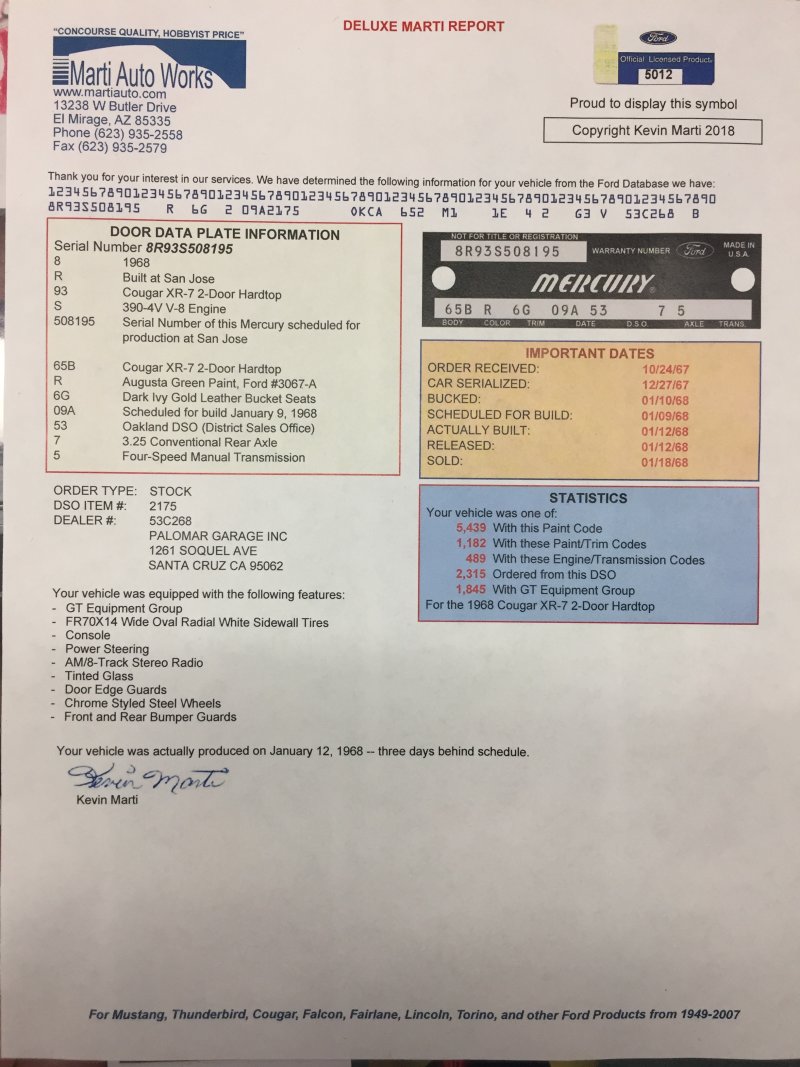 If you are seriously considering buying it the Marti report is a great idea. These have been “cloned” many times. In particular it can have the 390 and not be a GT.