Can someone show me where the A/C Vacuum Switch is mounted?

I bought the vacuum line kit to replace all the hoses in my 67 Cougar with AC. (The original vacuum hoses were mostly missing.) 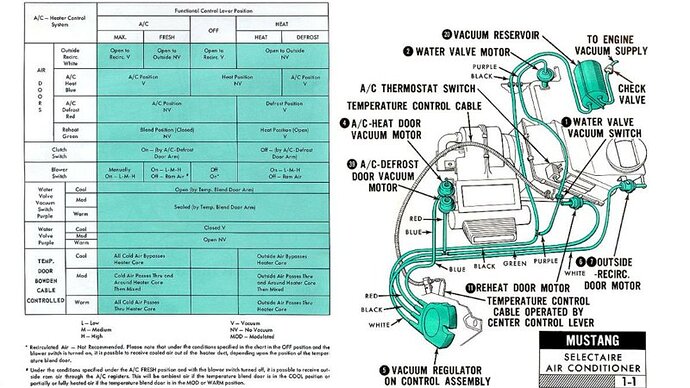 VacuumDiagram.jpg800×450 96.6 KB
I found the vacuum switch sitting in my glove box, so I connected it into the purple line, but now it’s just hanging there in front of the heater box, and I’m sure it’s supposed to further connect in somehow.
pellets4fuel March 1, 2018, 4:08pm #2

There are two holes in the side of the case that is screws to. The plunger is activated by the flat arm on the temperature control shaft. When you move the temp control cable and the arm pivots in the box, flat part of it pushes the plunger in ever so slightly.
David 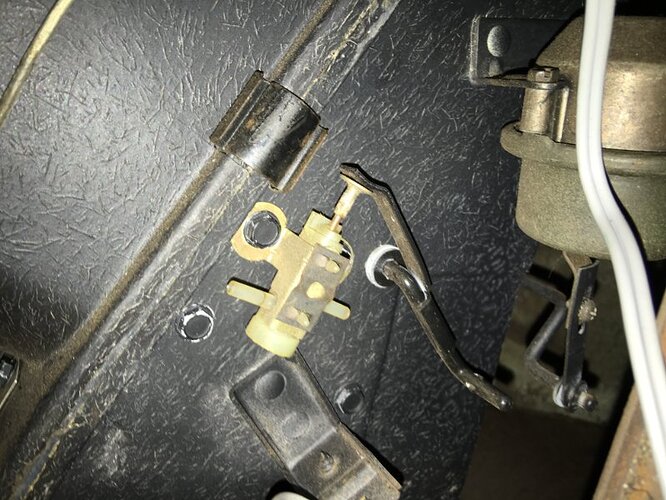 Thanks guys. Seems so obvious after seeing the photo, but I could not for the life of me figure out what was supposed to press the button or how. I thought it inserted into the box or something.

I got it mounted and finished running the interior hoses last night but didn’t have time to get to the parts store for the underhood vacuum hoses to test everything yet.

Fingers crossed that I have temp control and working vents again. If so I only have to add the compressor and condenser back into the AC system to get it running.

If not I think I’m going to tear out this entire system and go with a complete AC kit.