Found these in a box of howheels/ERTL toy cars I bought at a yard sale. About 1,000 cars in all. These were the only Cougars. I thought they were pretty cool. 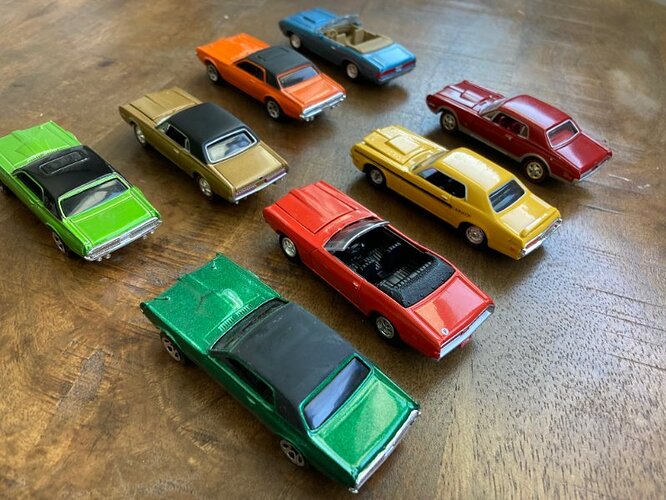 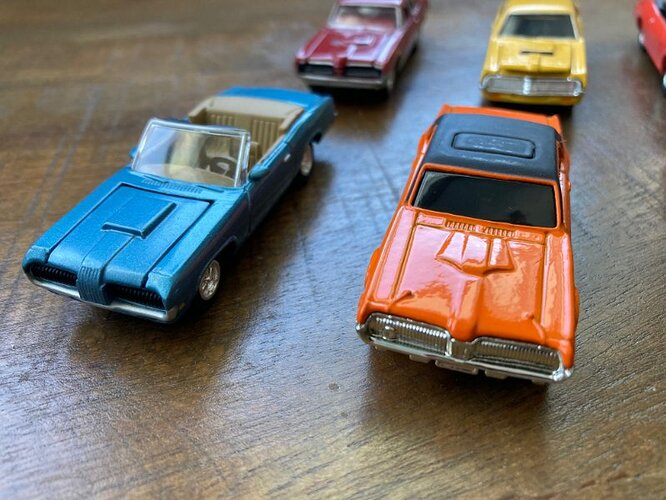 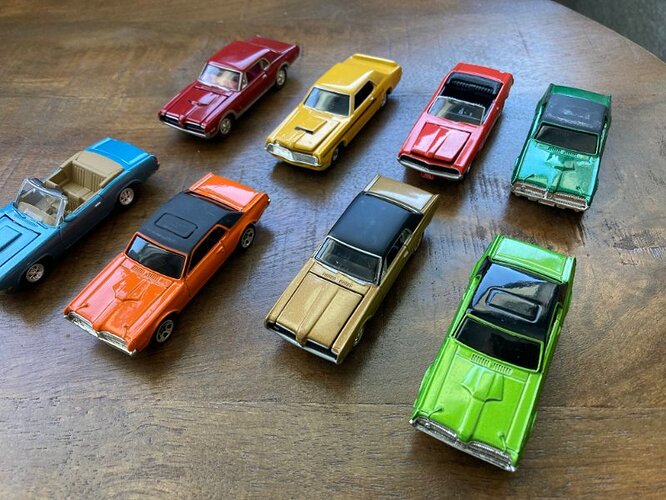 Quite the nice windfall! Cool.

Looks like you got a nice spread of some of the different 1/64 die cast Cougars from the various manufacturers.

I (like several of us on here I’m sure) have ended up with a ton of these. Lots I’ve bought myself but many many more that have been given to me as gifts through the years.

I’ve been pondering what to do with them since my kids aren’t interested, but I recently discovered some videos on youtube where people perform some amazing modifications on 1/64 die casts, and it’s got me to thinking about what I could create using my Cougars.

Love some of the details including the sunroofs and hood pins on the XR7G models and the “F” on the trunk of the red 69 vert, a la the Bond car.

It has the F because that is the Johnny Lightning car from the James Bond series.