I heard someone say "bring out the clowns"

Brick, as a child:

And one when he growed all up: 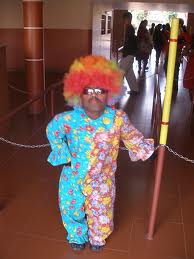 And he didn’t growed up much, either…

Is that a baseball bat, or a pool cue?

come to think of it I do need a shave

heres a good shot of T3 trying to scare the kiddies

Worked, too!! Though I never could figure out why that kids parents insisted on the helmet…they were just sheep, for crying out loud!
https://www.youtube.com/watch?v=Ey3MfG_PRhM

From what I heard T3 rides those sheep a little differently.

Where the duece is Duece, he know’s the saying…:dangit:

Awright, Three, flag in the backfield; PUT AWAY THE VELCRO GLOVES!

We don’t care what you do in the privacy of your own garage (although this explains the long, curly “flaws” in you Cat’s otherwise bee-you-tea-full paint job); we can’t have that kind of blatant disregard for the rules (not to mention common decency in front of minor), so you’re outta the competition!

Believe it or not, Tim Curry, the actor that played the clown, Pennywise in IT was the same Tim Curry that was Dr. Frank-N-Furter in The Rocky Horror Picture Show: 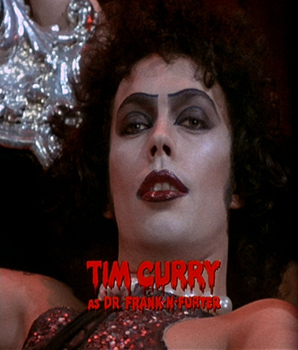