Roof switch is such a pain!

Hi Guys,
Iv had my 69 Cougar convertible for about 4 years now and i am about to replace the roof switch for i think the 4th time !
It goes down but not up.
This is a pain to remove the dash to replace this switch.
Considering how little i have driven it over that time i am a little puzzled .
Also i am reluctant to drive it far as our weather can be very unpredictable at this time of year.

Does any body have any ideas why i should be replacing so often, I’m considering repositioning it some place more accessible ?

I had to replace mine a couple years ago, the plastic switch cracked and froze causing the inline fuse to overheat melting the line and switch case. I can’t understand how the mechanics would allow it to move one way but not the other when it breaks and not cause it to overheat?

Some pics for those who haven’t had the pleasure. 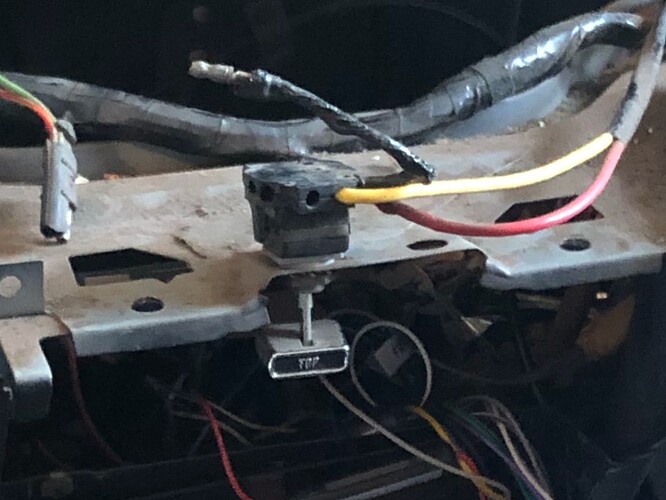 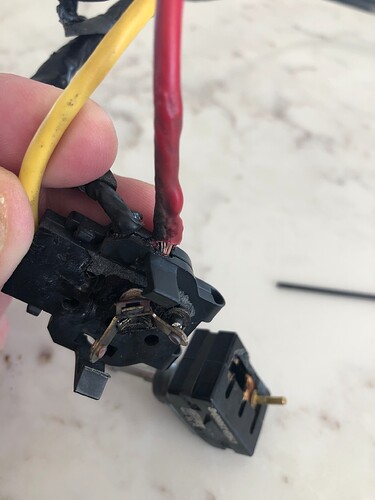 The base of the plastic fused to the cap when it overheated. 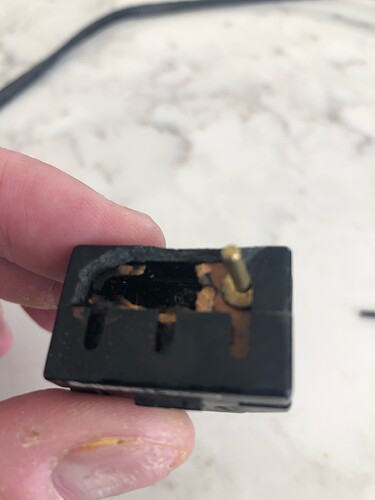 I did not buy repro parts…got lucky and found someone parting out a car and took the entire assembly.

would a used OE be better than the repro ?

I’ve seen where the dash pad causes shorts & damage when removing & reinstalling the pad. Keep the pad up above the switch and makes sure it does not touch the switch or wires.

I have a 70 XR7 with the top switch in the dash. The switches appear to be the weak link in the design. I modified mine by adding relays to switch the high current and the switch now just drives relay coils.

Im thinking about relocating it down under the ignition switch, there’s already a hole put there for something - bypassing the OE switch altogether
Is the OE switch required for current draw, or can a smaller universal on-off-on auto reset switch handle it ?.