Better the second time around…

Melissa Shereda hasn’t always been the Crazy Cat Lady. She did not start out driving a Cougar in High School. Instead, she had a tricked out Baja Bug. It wasn’t until later in life, following a divorce when she needed a car to drive, that Melissa started spending time behind the wheel of a Cougar. Even then it wasn’t hers, her mom had loaned it to her. Perhaps it was because she had a lot on her mind, but she didn’t even consider the Cougar to be much more than a way to get to work. It was her co-workers who were surprised to see her using such a cool classic car as a daily driver in the harsh weather of central Illinois. Once she got back on her feet the Cougar would go back to her mom but she always kept an eye on it. Then almost exactly 7 years ago, her mom gave her the Cougar for good.

Melissa’s mom loved Cougars. She and her husband bought a new one in 1969. Later in life, even when she could no longer drive herself, she bought two more so at least she could ride in one. Maybe these things are inherited after all.

By the time Melissa got the Cougar back for good she was married to Ray. Ray, a real car guy, had a Starsky and Hutch themed Torino and they enjoyed taking it to shows. The Cougar was to become Melissa’s show car. In 2017, After many years of work, her Cougar was ready to participate in as many 50th Anniversary events as they could possibly reach. The first show was the Mid America Cougar Club event in Tulsa Oklahoma.

At Carlisle they would win the trophy for Best Display.

Returning from the Carlisle show disaster struck. A blow out on the Interstate resulted in the Cougar rolling. Ray and Melissa were not seriously harmed but the Cougar was finished. Undaunted they loaded the totaled Cougar on a trailer and brought it to the CCOA show in Dearborn. It was a sobering display that left many Cougar enthusiasts humbled.

Although her Cougar was beyond repair it had too many good parts to let the insurance company take it. Ray and Melissa were determined not to let this Cougar go to waste so with a little help from the Cougar community the search began for a suitable replacement. The Cougar community now includes several Face book groups in addition to the CCOA and the regional clubs. Every one pitched in. Cougar enthusiasts in Texas, Kansas, and Pennsylvania, among other states all pitched in to find the perfect Cougar. Finally, Dan Fay found the perfect car. It was a '68 Standard of course. It was Lime Frost Metallic with Light Ivy Gold interior. Under the hood was an F code 302 2V hooked up to a C4 automatic with a 3.00: 1 ratio conventional axle. Pretty typical, for a '68 Standard Cougar, but this is where things start to really shape up for the better. It had all the right options. What Melissa really wanted was a car with very good bones that she could make her own. Her new Cougar came with Console, Power Disc Brakes, Power Steering, Whisper-Aire AC, AM Radio, Tinted Glass, and the Left Hand Remote Mirror. It was also a Dan Gurney Special but in '68 that was not particularly rare.

As a California car, built in San Jose, it had the kind of rust free sheet metal we all dream about. The interior was in incredibly good shape, further testimony to a well cared for car. The very common Lime Frost paint did nothing for Melissa so she worked with a painter to blend a custom color. The very fine interior would answer some else’s prayers, as the back interior from her original Cougar would be transferred to her new one.

The new Cougar ran when they bought it, but trailering it home was the safer choice. Once they got the Cougar home the transformation into CRZYCAT began. Since so many parts of her original cat were nearly new and had survived the wreck, the plan was to transfer as much as possible to the new acquisition. Eventually the engine, transmission, and the entire interior would make the swap.

Ray and Melissa had started attending the Powerlight Abe Lincoln Car Show in Ray’s Starsky and Hutch Torino when they were featuring TV and Movie themed vehicles. The first time she brought her Cougar to the show hers was one of only two. For the next show Melissa asked for a Cougar category so that there would be a chance to earn a trophy. The show promoter was doubtful, but told her that if she could bring 5 Cougars he would create a Cougar class. Not only did Melissa get five Cougars the first year, she got 20 the following year and then an incredible 38 the next year. That was enough Cougars to justify a up to 8 classes!

The promoter was so pleased that he let her design the trophies for the Cougar classes. And she got to take home a couple of those trophies. What makes this even more incredible is that there is no local Cougar club and not very many local Cougars. Melissa is active member of the CCOA.

Mostly due to Ray’s very hard work and the help of good friend Rob Aubuchon, the new Cougar, now known as CRZYCAT was on the street and looking good. CRZYCAT is meant to be driven and Ray and Melissa have a very nice stretch of the Illinois section of the Route 66 Mother Road not far from home. They wasted no time in stretching CRZYCATS legs on the route and got some great pictures to prove it.

As the Vince Lombardi saying goes;

There is no doubt that Melissa and Ray are back.

Great car! Congratulations on the win.

Great car! Congratulations on the win.

I second what Jeff said. Congratulations!

This was taken the day Melissa and Ray picked the car up at my shop.And the color is a one off that I named " Purple Rain" 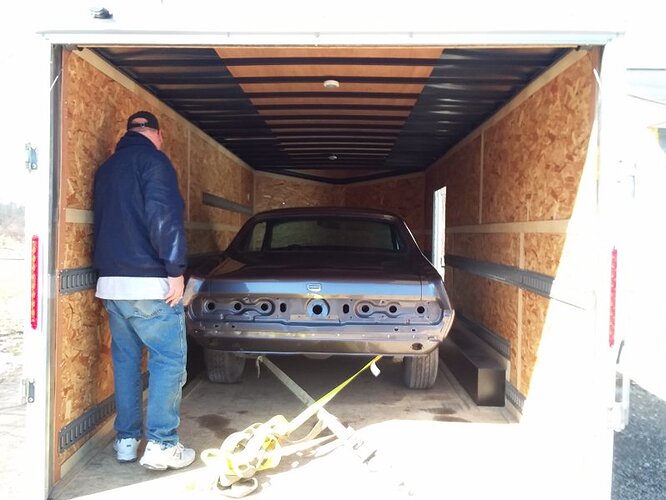 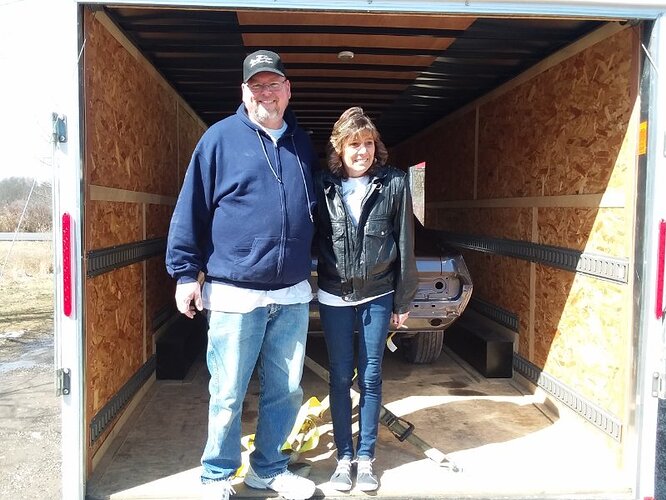 Purple Rain. I really like that, great name for that color.

Thank You…hope to meet up sometime in near future

Congrats to CATS member Ray & Melissa Shereda for winning March ride of the month. I’m sure the Cougar will be cruising down route 66 as soon as we get some nicer weather.

Congratulations to my good friends Ray and Melissa!