Congratulations to Kyle Krause, His '67 Cougar is our May 2017 Ride of the Month!

One thing leads to another…


The '67 Cougar sitting on the back row of the Ford dealership was obviously tired. It had been through the wringer, rode hard and put away wet, more than a few times. But it was mostly all there. On the surface it looked good enough, well, except for the windshield molding that was filled with clear RTV silicone that hinted at bigger problems. A tired but running 302 had replaced the original 289. The original top loader four speed was worn out but still connected the engine to the wheels. In the late summer of 2008 just finding a decent car to start with was already becoming difficult. The tired Cougar was worth a shot. A deal was struck and the Cougar would begin the next chapter of its history.

Kyle Krause had grown up with a passion for anything with wheels. At 14 his first car was a '71 El Camino. The list of vehicles that would follow could fill this page. He has built cars, trucks and custom bikes. But somehow he has always been a bit infatuated with Cougars. Maybe it was because a much older brother had bought an Eliminator back in '75. Or it could have been his close friend’s '70 Eliminator, owned since 1972. So when the '67 popped up for sale it captured his interest and became his next project.

Building up a car is like any other relationship, in the beginning, it is all about get to know each other. Once they got the '67 Cougar stripped it was clear that there would be work to do. One rear quarter was shot and the floor pans would need to be replaced. Not too unusual for a car in central Illinois. The top loader had bad synchros and it would go out to a local race shop for new bearings, synchros and a general freshen up. And so it began.

With the engine out, this would be a good time to consider dropping in a 351 Windsor short block that was sitting on the engine stand not doing anything. If the 351 was good, wouldn’t it be even better stroked out to 408? Of course it would. It would be a shame to put all those cubes through just any exhaust so a custom H pipe would connect to a pair of Borlas.

If you have ever built a really strong engine you know the first time you fire it that better brakes need to be on the list. Disc brakes now grace all four corners for stopping power to match the horsepower under the hood. You have to get the power to the ground and a rebuilt 9" rear axle out of a Mach 1 Mustang would get the full locker treatment, turning a set of 3.50:1 gears. Axle hop is unacceptable so a set of Cal-Tracs traction bars and new rear springs would tame the leaping cat.

Once the Cougar was running it became clear that there were more details that needed to be addressed. This Cougar is a driver, and since it would be driven to events that might be across the state, the top loader was replaced with a TKO close ratio 5 speed with overdrive. Now the Cougar could cruise with interstate traffic or burn rubber from stop light to stop light with no compromises.

Going fast and stopping fast are great, but eventually you come to a corner. Steering would get upgraded to power rack and pinion. The chassis would be enhanced by addition of the missing in '67 right side torque box plus a hand formed and welded roll bar of Kyle’s own creation. Two big Cougar challenges are always sorting out the sequential signals and making the headlight doors work properly. Kyle swapped out the sequential box for a digital conversion, and then fabricated his own electric headlight door motor solution. Everything works now, exactly as is should.

There is a lot going on inside and underneath the hood of Kyle’s Cougar but that is not what most people notice. The thing that turns heads the most if the nearly flawlessly straight black body. The Cougar is simply stunning. It is no surprise that the Bad Kitty attracts a crowd where ever he goes.

Kyle attends as many shows as time and money allows, and occasionally he is accompanied by his wife of 23 years, but mostly he hangs with a close group of friends. He isn’t fond of just sitting at shows as much as he likes to drive his Cougar. Who can blame him for that?

Every Cougar has its own story, and that story is inextricably woven into lives of the people that it comes in contact with. This is particularly true of Kyle’s Cougar. In closing he tells us this: "One thing I didn’t cover or explain in previous comments was when I say “we” for things. The We"was my brother and myself. I originally found the car and he bought it. WE built the car to its current condition all in house (except paint) This was unfortunately our last project together as he passed away in June of last year. We were able to take it on the HotRod power tour in 2015 right after it made it back on the road. So the car continues to stay in the family. "

For everyone in the Classic Cougar Community, we are certain that your brother is proud of you and the Cougar you built together!

Great story Kyle. I know sharing the brotherly bond is something special. Couple that brotherly bond with a Classic Cougar is priceless. Congratulations on ROTM.
Steven

Thanks. It’s been a journey and as soon as I get pics from last night I’ll get them up

Probably as many times as I nominated it.

Probably as many times as I nominated it.

Another one of those cars that just had to wait for it to happen…sometimes they just take time.

With that said, I voted for it every time it was up! Very sharp car.

Nice build, congrats. Would be nice to have it at Dearborn 50th and run it at the Waterford Hills road course track

Here is a few pics from Friday night 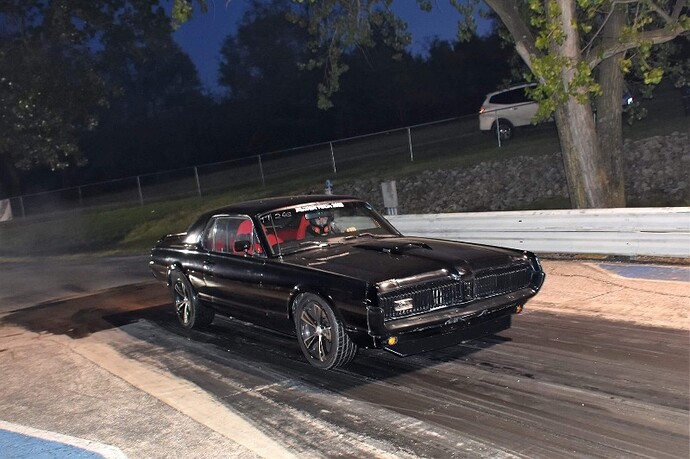 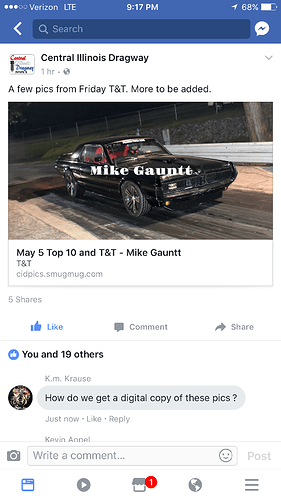 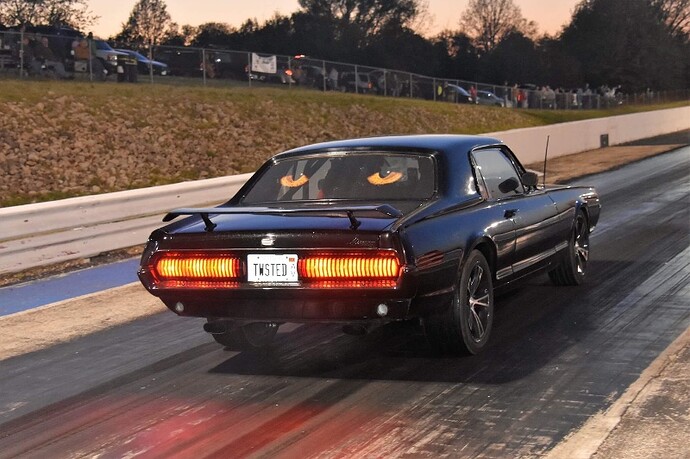 What part of Central Il are you in? My car came from Danville. My Dad lives on the Il Indiana line. Born at Lakeview Hospital, went to school at Parkland College in Champaign.

Central Illinois. Outside of Peoria