Only 22 XR7-G’s with the “X” engine code have been reported to the registry. The “X” code 390 was available in Mustangs and Cougars only for the 1968 model year, and only with a C6 automatic transmission. It is noted for its massive torque and makes a Cougar very fun to drive.

When installed in the XR7-G all X code engines came with finned aluminum Shelby valve covers with the distinctive running cat. The tall valve covers meant that Shelby had to specify a unique XR7-G only air cleaner snorkel assembly that was extended to clear the valve cover. 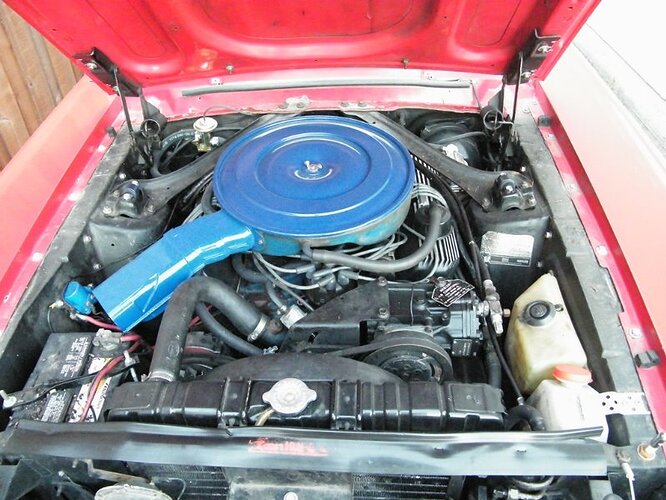 Wow, I bet those snorkels are hard to find!

The X code G in Royce’s picture is one that I owned for 12 years and then sold on to Royce.

I had collected quite a few parts and passed those on to Royce, who then took the car much further along the road to originality and functionality.

Anyway, it was missing the correct snorkel and in my research to try and find or assemble the correct snorkel it seemed to me that the non-Hertz 390 G snorkel was made up of a couple of knuckles and then an end that was also shared with the 1968 AMX.

I found an X code here in Arizona many years back, but it was parted out. The guy had cut the car apart, but saved the sunroof panel. But after many years in his back yard, he sent it for metal scrap a few months before I found him. He had the shock tower VIN plates left, and the G console (black), which he had installed in a 1968 standard Cougar. I bought the other Cougar just to get the console! LOL.