I thought I would start a new thread were we can collect all the G prototype pics and info that is available.

While doing research for the restoration of the Shelby prototype, he met John Chun who was a designer at Shelby American and who did some styling work on the XR7-G. While at Mr. Chun’s home he was shown this prototype G emblem. 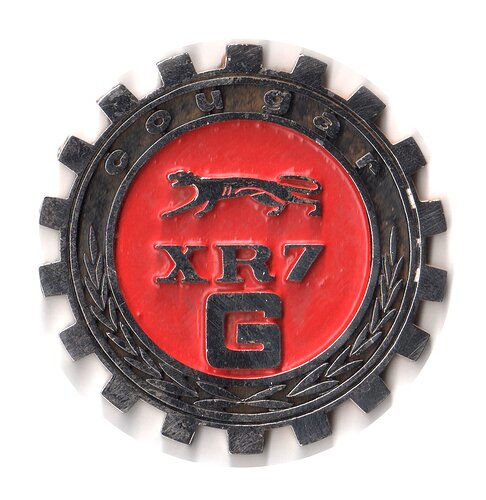 Here are two of the often seen studio shots of Dan with the more customized G prototype (different location of the fog lights, recessed side marker lights and extra emblem behind the front wheels). In a close-up of the grill emblem it looks like the “G” appears different than the production emblem and different from Mr. Chun’s prototype emblem. 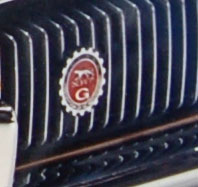 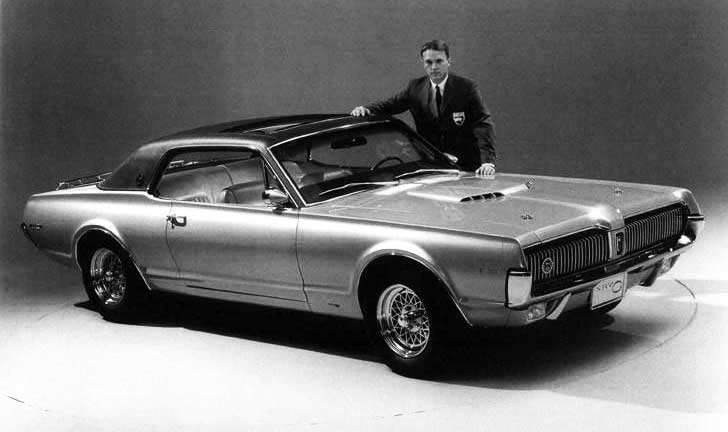 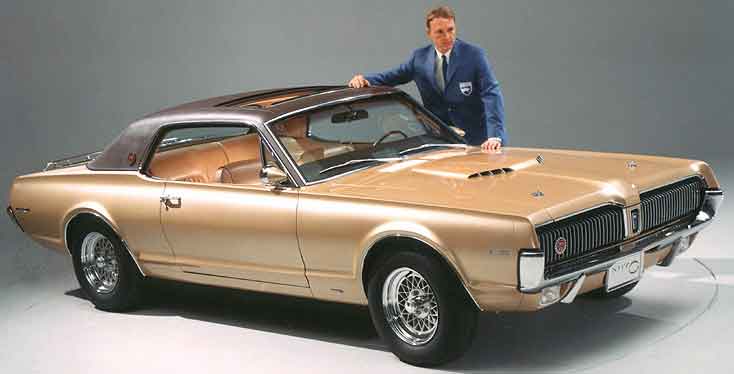 This same G was photographed with a model and used on an “arcade card”. 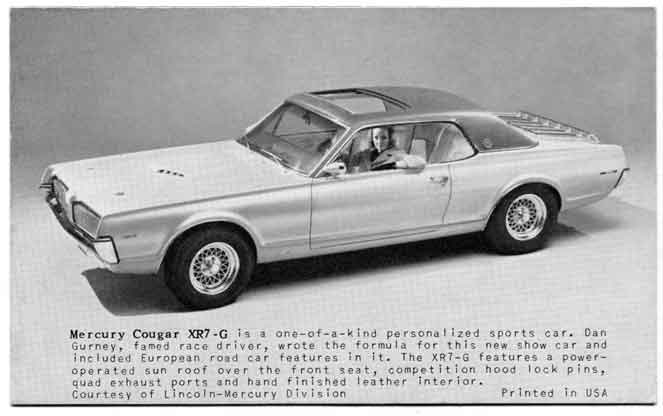 It also made an appearance at the Detroit Auto Show in 1967.

These photos are marked “DEC 67” and are courtesy of Jon Manning. 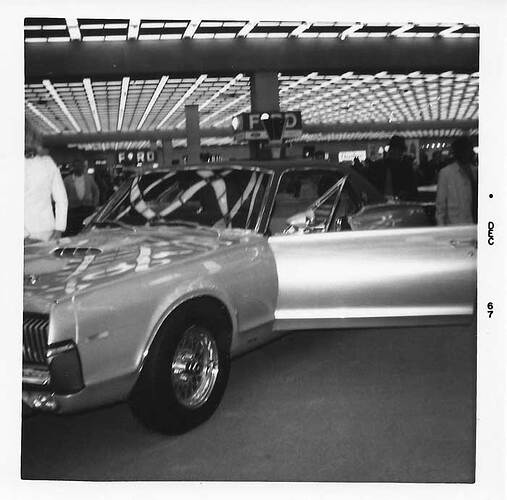 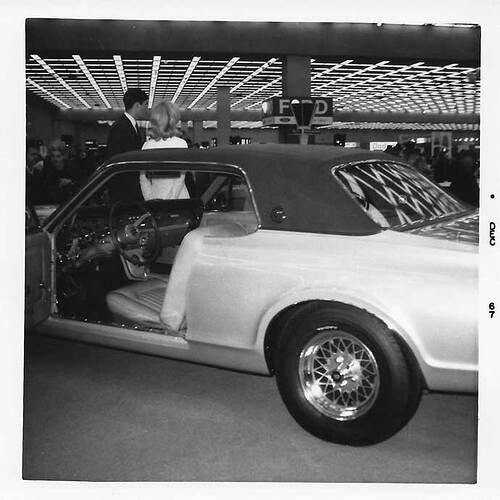 Philip this is a good idea. Seeing how a prototype makes it to production is neat. I wonder how the slight differences were decided on? I like how the G looks as a production car but I must admit the styling of the prototype is very nice. I like the side marker lights a lot. The fog light location on the outer corners is a nice touch also. I noticed in the picture you posted they mention quad exhaust tips (not pipe in pipe). The G on the first picture looks a lot like the S used on the XR7S emblem (square).

The basic process from prototype to production hasn’t really changed much other then the tools and timming. After protoype it goes to DV (design validation) stage. This is where everyone is involved from design, engineering , manufacturing etc to settle on a product that will work and meet all requirments. This would be the stage the fog lights were moved so turning signals could be on the outside corner to meet federal safety standards. After DV design is done samples are made (second prototype G closer to production) with hand made one off sample parts. Final stage is PV (production validation) which all testing requirements have to be meet using production tooling manufactured parts.
Most designs get changed during PV stage due to manufacturing feasability. Basically, you need a design that can be mass produced in a high enough numbers to make it profitable.

^^^ yeah, the blocky font of that “G” on the prototype emblem I posted looks very similar to the “S” on that XR7-S prototype. It could be that Mr. Chun worked on both badges.

My best guess is that someone decided to use the stylized “G” that Dan Gurney used on his personal logos to help further associate the XR7-G with him. 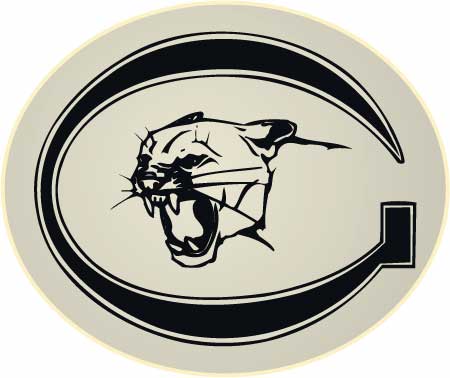 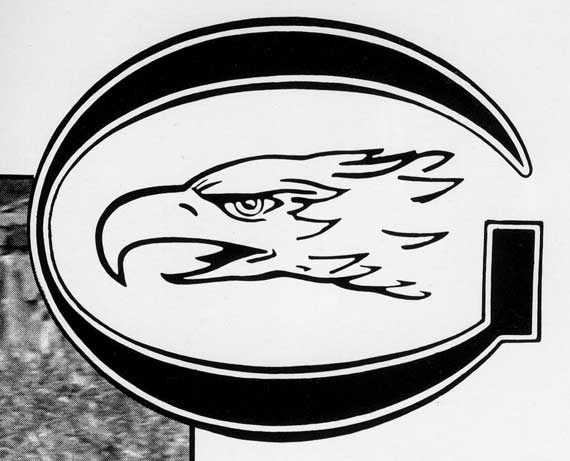 I just love thread topics like this. The history behind our cars is just fascinating. Brian thanks for the information on the steps a car has to go through to make it to production. Philip your take on the block style G changing to the stylized G like Dan used on his logo makes a lot of sense.
Steven

I also think this is a great topic. I didn’t know that the “G” that was used was one that Dan Gurney personally used. COOL!

Here is a terrific photo that Jon Manning was kind enough to send me. This is of the “closer-to-production G prototype” posing with a standard (pre-production?) '68. It has the GT-E style scoop and the 1967 6.5 Litre badges.

The cool thing about this photo is, if you zoom in on the grill badge you will see that it is like the prototype emblem that is still in Mr. Chun’s possession. 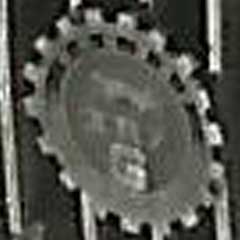 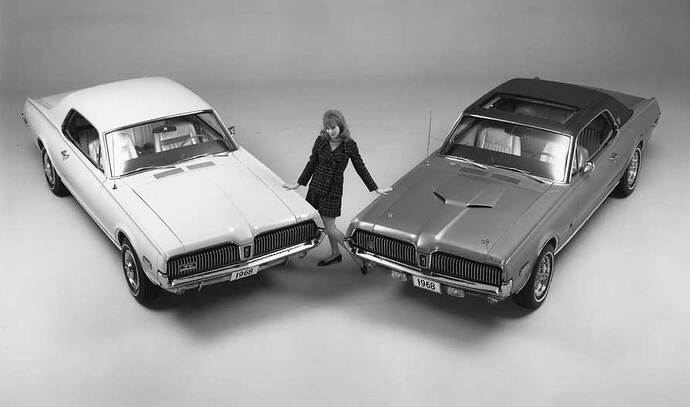 Here are a couple of photos that are available on the “Fordimages” website. They are mislabeled as "GT-E"s on that site.

This gold G prototype appears to be the same car as in the b/w photo above, but a close look at the G emblems reveals production style badges are now on the vehicle. 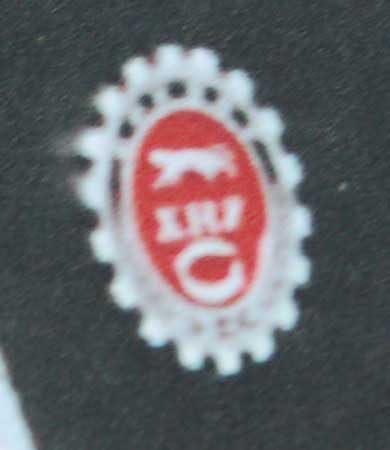 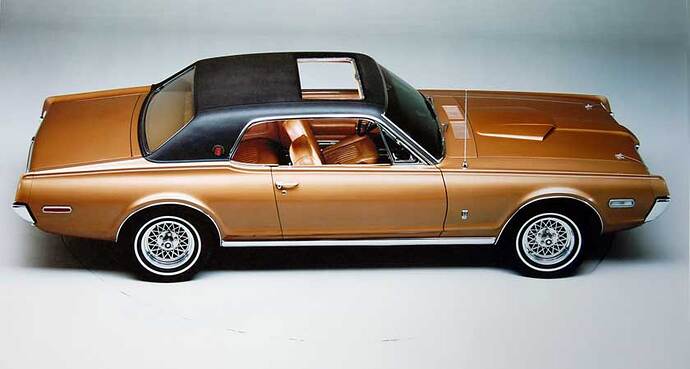 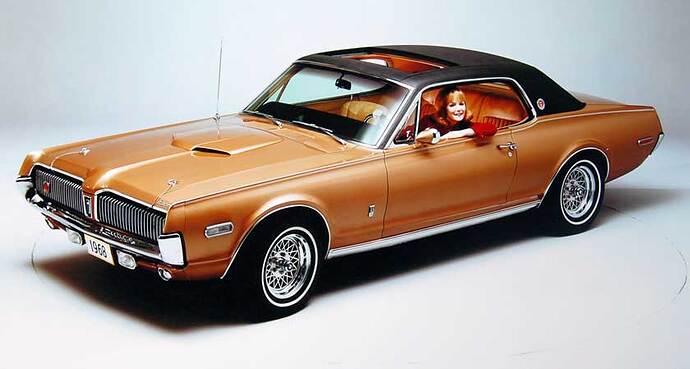 Thanks for posting Phillip, when I tried to post I figured it was to large. I was getting ready to down size and poof, I was booted. I just now got back on, once again thank you.

No problem at all. Thanks again for sharing the awesome pictures!

Black cherry is what I had in mind, but to be different, a “G” in this color would look great.

The pictures are awesome! How many G’s used this color combo? It is just a classic look that WOW’s me every time I see these photos.
Steven

This is the Hertz Sports Car Club Rate Schedule that I have.

It appears as if the gold G prototype with the GT-E hood scoop was used for this.

BTW the Shelby is also a styling prototype. There is a great website dedicated to the '67 Shelby prototype 'vert plus the other SA engineering vehicles here: 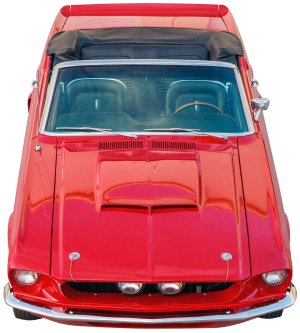 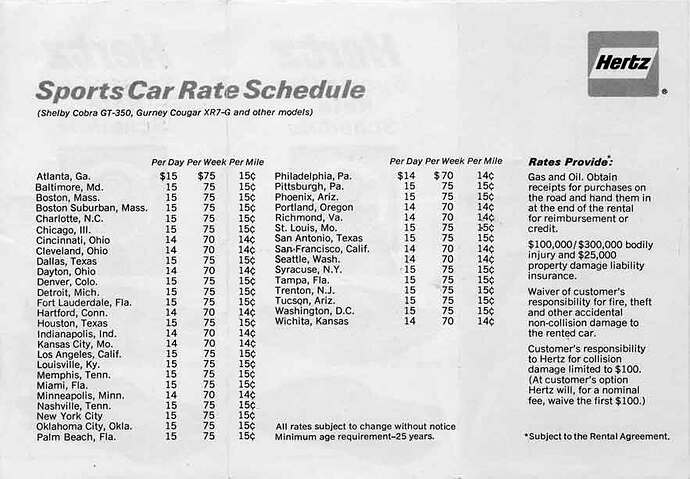 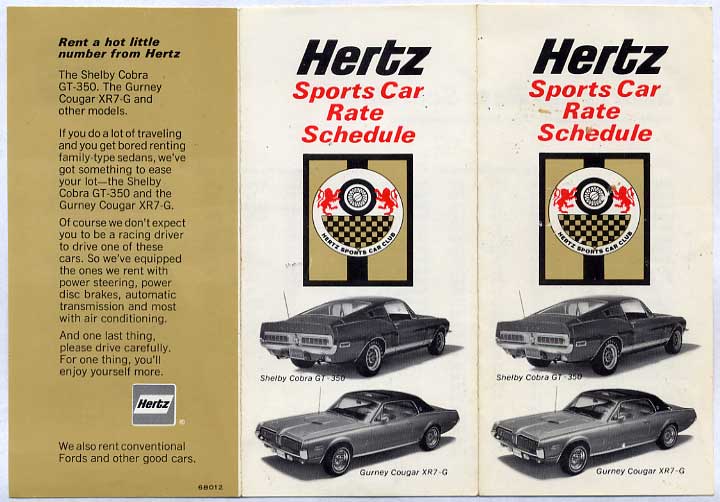 It looks like this car was also used for this in-house sales brochure with the hood scoop altered to appear more like the production XR7-G scoop. Notice that the '67 6.5 Litre emblem is airbrushed out in one pic but not the other. 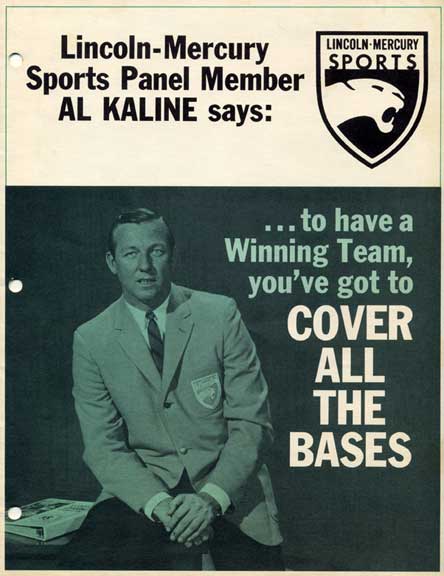 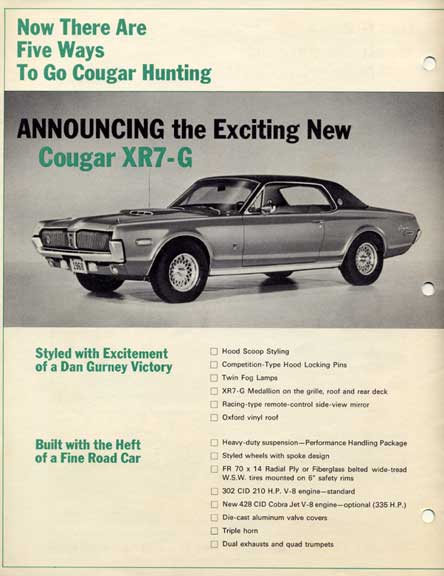 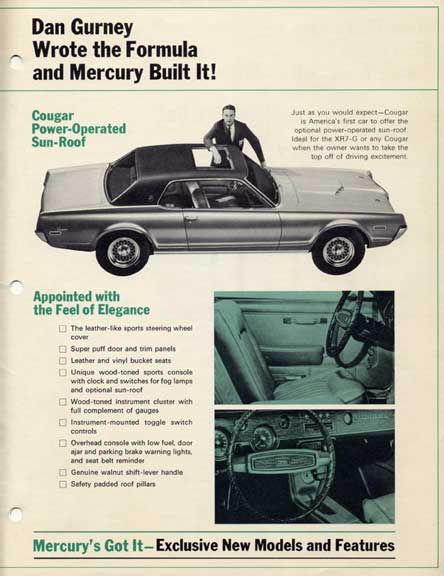 Here is a close up of the airbrushed prototype.

Back to the other, more modified XR7-G styling prototype, it was used on a Lincoln-Mercury Sports - 1968 Motorsports Calendar.

I have seen it in two versions - a green one and a blue one. The content is also slightly different between the two calendars.

Wow, Some really cool stuff ! Thanks for sharing !