Hi
I finally got some time to work on my car again. It’s been a busy summer around here. I’m patching some holes in my shock towers where some one had took a cutting torch to them to gain access to the grease zerks. I put a set of 90 degree zerks into my upper control arms, but still can’t see how there will be enough clearance to grease them when it’s all assembled. Plus if I tighten one it point towards the engine compartment not out. What are other forum members doing to rectify this. One idea is to patch the holes, carefully measure and drill 9/16” hole back in the tower and leave the straight zerks. I know this isn’t ideal but I’m not sure what else to do. I’ve seen an extension kit, but if when I tighten it in i faces towards the engine its not going to solve the access problem.
Thanks
Evan

Hi
I haven’t had a lot of time to work on my car over the summer. A lot of last winter was spent cleaning and learning how to run our mig welder. The last couple weeks I’ve had some time to tackle the cutting torch holes in the driver side shock tower. I got them squared off and welded in patches. Then seam sealed all the seams, primed and painted that area black with rust paint.

The next step is to put on some spray on undercoating. When we first did the body work in the 90’s we used a 3M undercoating. Which is what is sprayed behind my paint on the door pillar. I’m hoping to find a similar product and use it on the front inner fenders. Once I get that done, I can reassemble the suspension, move the car away from the wall so I can do the same on the passenger side. I will also have to patch the front apron where the battery goes. Its all rusted out as well. Once I get all the holes patched I’m going to fill them to smooth them out and paint the engine compartment. 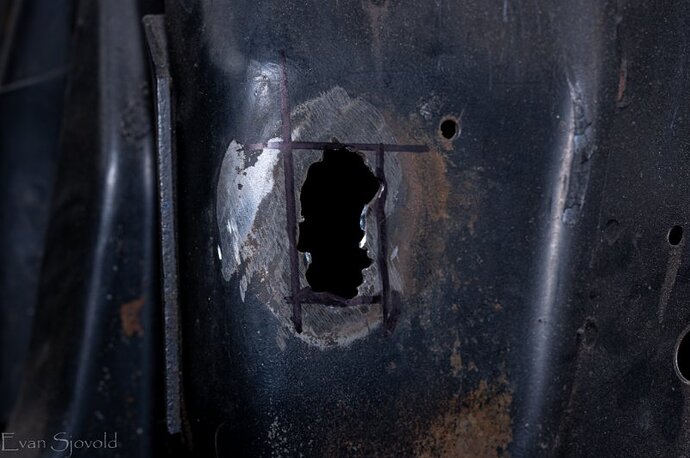 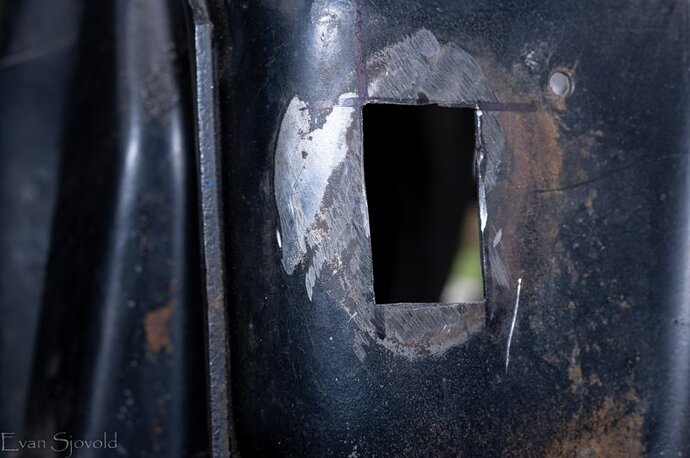 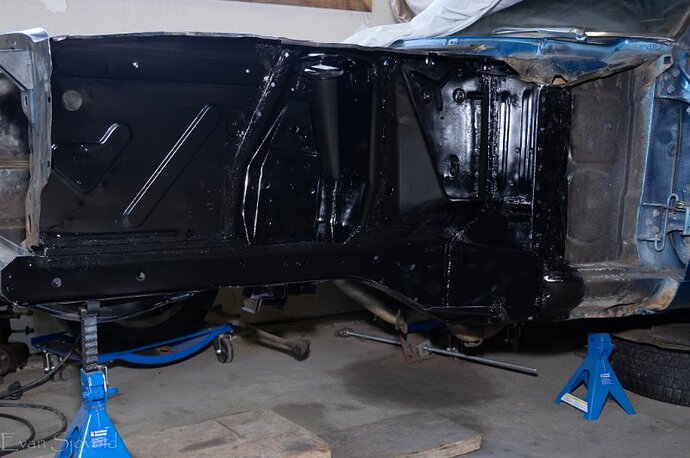 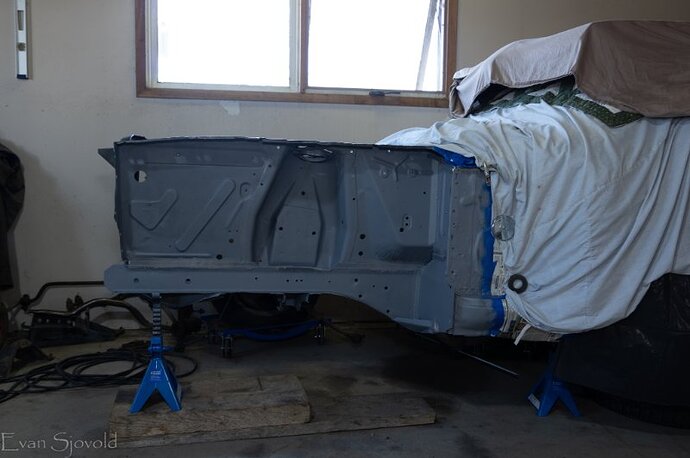 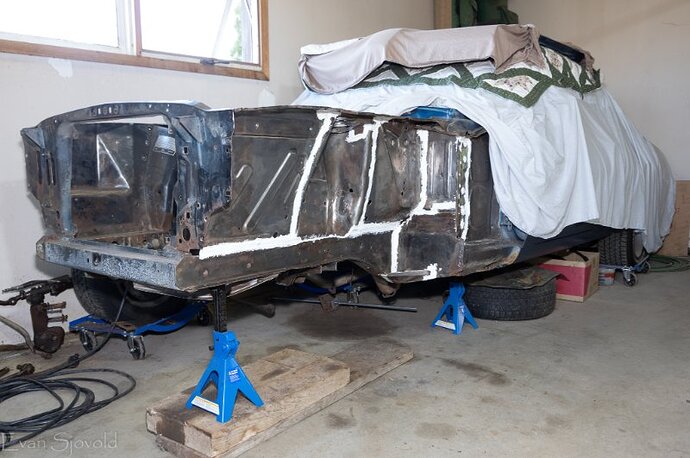 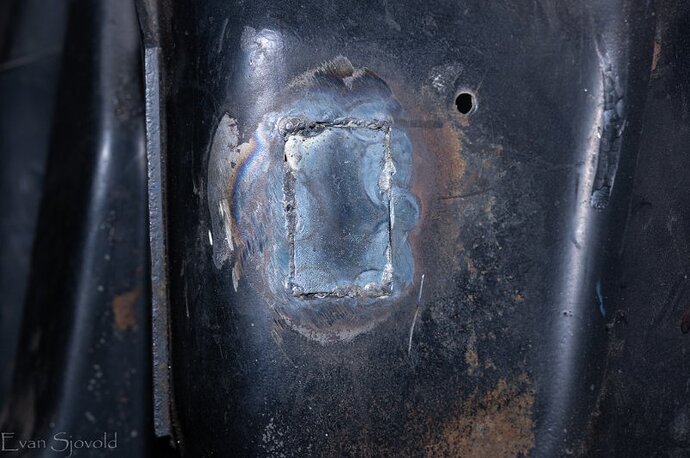 Hi. I’ve been working on my car over the last while, just haven’t taken time to post any updates, I’m pretty slow at working on this stuff so it doesn’t look like I’ve got a lot done. If I get a chance I’ll post some pictures in the near future.

I’m started to look into fixing the rust on the rear frame rails. I was wondering what other forum members have done for this. I looked into the 30” patches for a mustang, but am not sure if they will fit. Ideally if I could find a parts car that has good ones that would be great, but in central Saskatchewan rust free Cougars are pretty rare, especially any you could cut the frame rails off. Ordering some from West Coast Cougars would get pretty expensive by time I get them shipped to Canada. I’m starting to thin I might have to fabricate something myself. Any suggestions would be appreciated

Here is a picture of what I’m looking at. This is the passenger side, the drivers isn’t quite as bad but needs work as well. 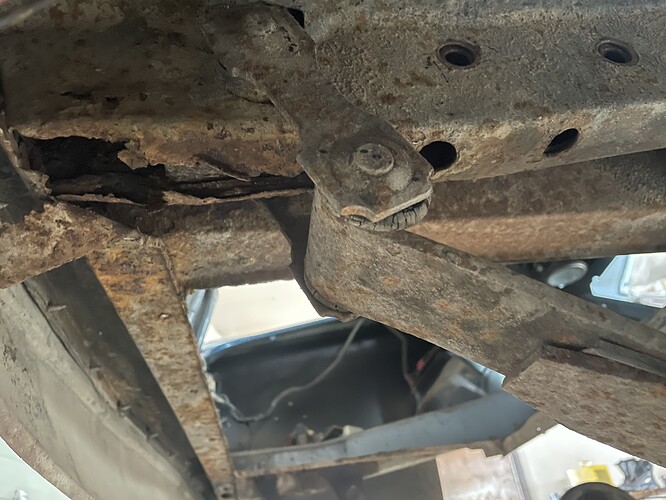 Looks like you need to replace both rear frame rails. Links:

I know I have to repair them, but getting complete frame rails shipped to Canada is cost prohibitive. I was looking for any other suggestions on how to repair them.
Thanks
Evan

The thing is they rust from the inside so you don’t know until you start cutting how bad they are. Likely they are much worse.