Hello guys, I’m new to the car community, I bought my first classic car around January. I thought i’d share my experience here. She’s a 1967 Cougar XR7 with a C code 289 and 3.03 Toploader that I’ve named Katiana. Now, I’ve wrenched with my dad growing up but this has been a learning experience.
So far She’s been re-plumbed, new radiator, water pump, hoses, fuel pump, the works, with some advice from my brother who’s building a 67 Mustang. Basically anything with a gasket or rubber has gone bad out here in the desert, which is fine. I’ve been told that the body isn’t in bad shape, especially rust wise. I managed to get a look underneath at the bottom using some one’s lift, I’ve attached some pictures of that as well. I’ve been daily driving this gal for about 3 months now, she’s never left me stranded and so far has only broken down in the driveway. I’m currently waiting on a new master cylinder, as when I went to go get beer, she didn’t have any brakes, but it’s fine, they failed while sitting and not while driving.
The engine is the best running motor I’ve ever owned, threw on a 4 bbl intake and Edelbrock 1406 and she goes vroom every time. I have been trying to figure out how many miles are on the car, the odometer reads 21,169 miles, it does seem to work as I’ve put about 120 miles on it so far. My best guess is that is has rolled over only once, as the engine has excellent compression.
My plans for her is to keep her close to stock, nothing crazy, I’m pretty happy with the output of this little v8. I’d like to look into a T5 swap, advice on what I’ll need for that would be appreciated. But other than that, Once I’m confident she’s mechanically sound then I’ll focus on the bodywork and replacing the sequential flasher with a solid state version, and install my electric headlight actuators, LED bulbs, etc. I think i’ll keep the car black, it has been repainted once before, it was originally alcopoco blue, any advice on the bodywork is appreciated and so is color suggestions, but that’s far off from now.
She also came with the dealer book, with the original owner’s name “Richard Oyler” signed off in 67, who’s name was also on the title of the car. The book has records of oil changes in 67 and 69, the last one logged at what looks like 25017 miles? It was last registered it in 92 to bring the car from Utah to Nevada, the last current registration that was in the car. If anyone knows Richard, let me know, I’d like to ask him about his old car if hes still alive!

Thanks for listening to me ramble and I hope to get to know some of you! I hope to keep you updated! 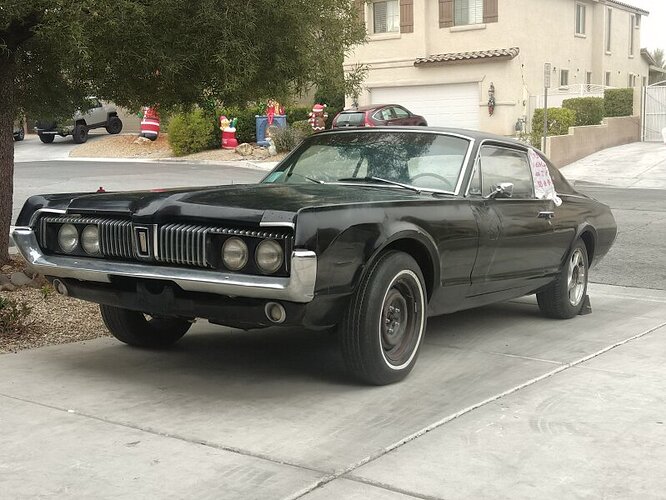 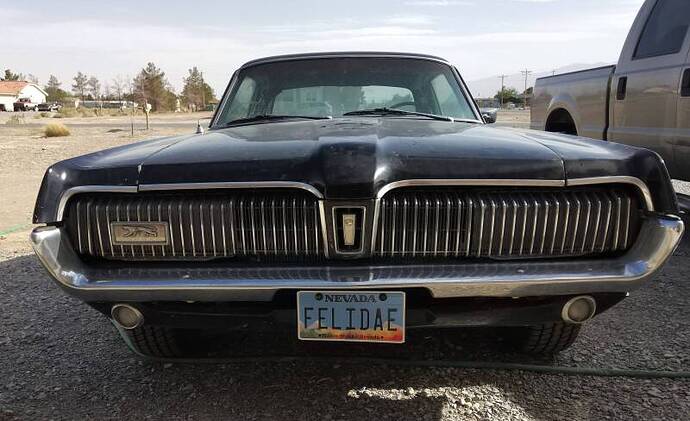 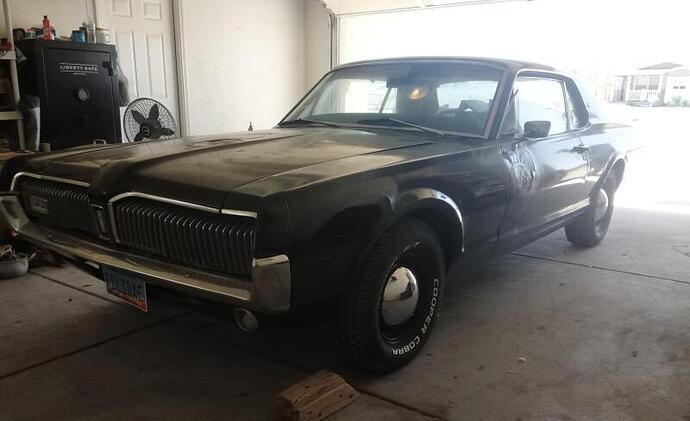 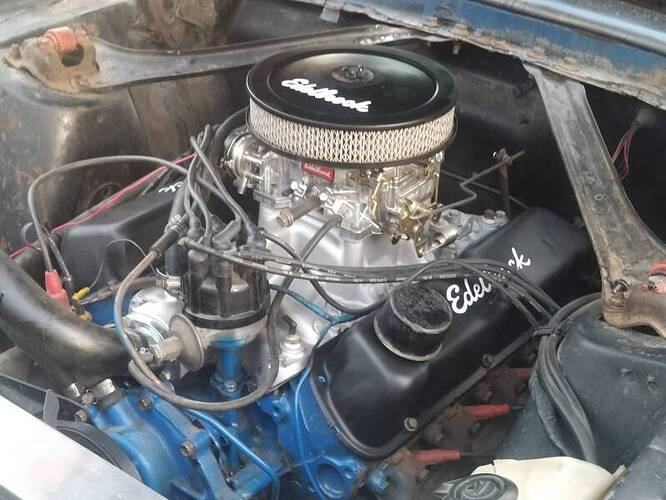 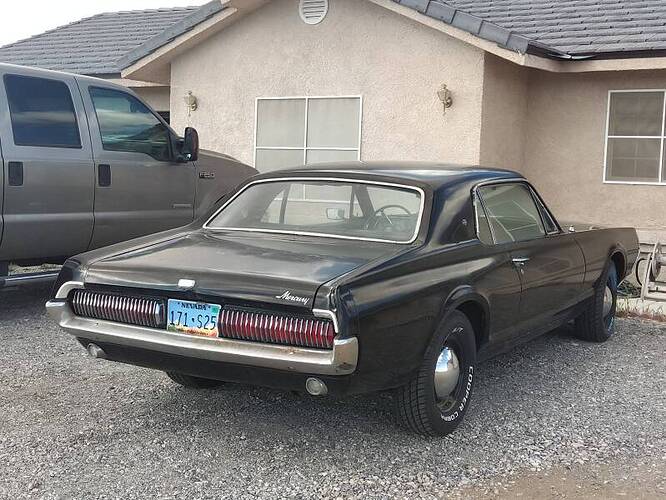 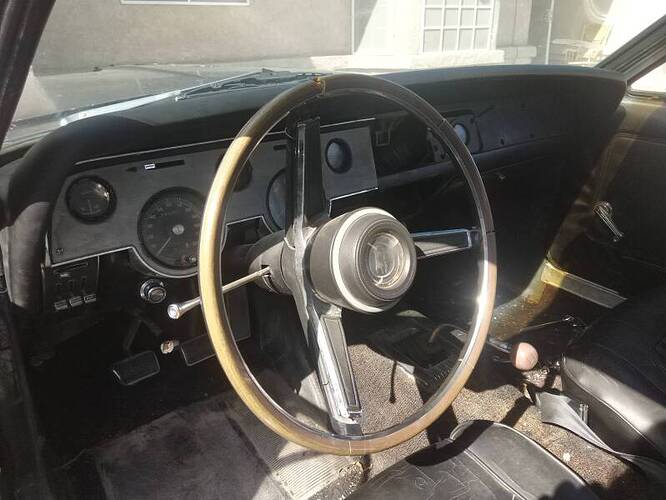 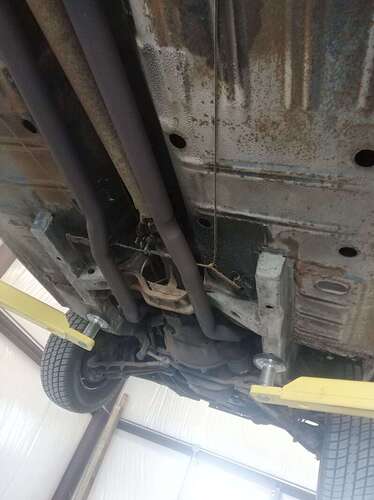 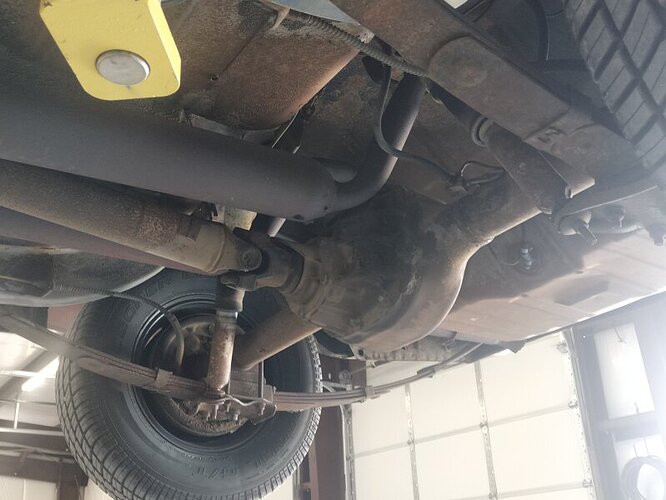 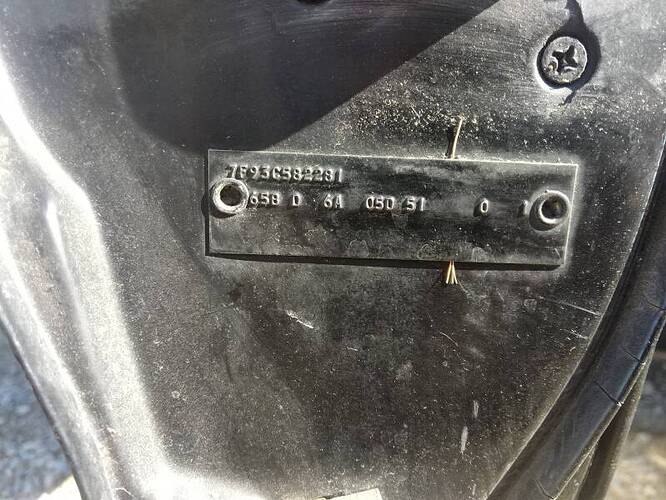 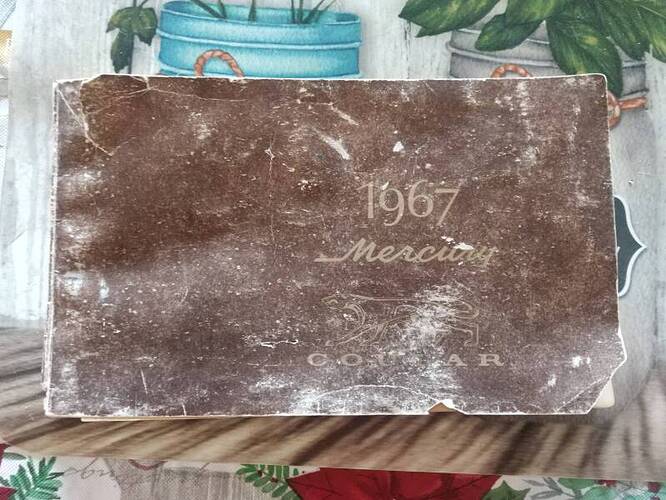 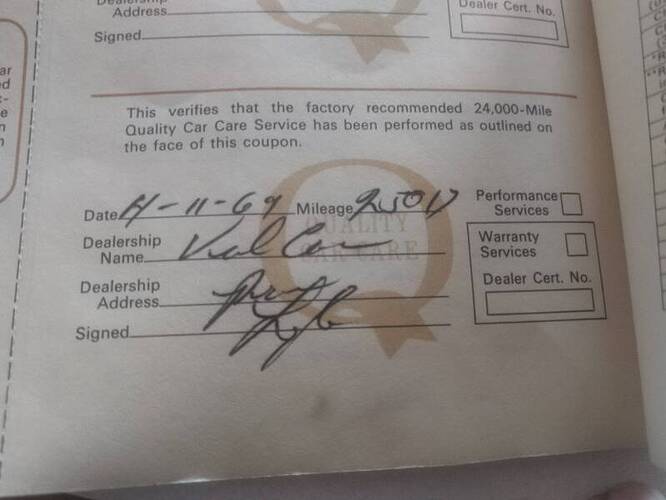 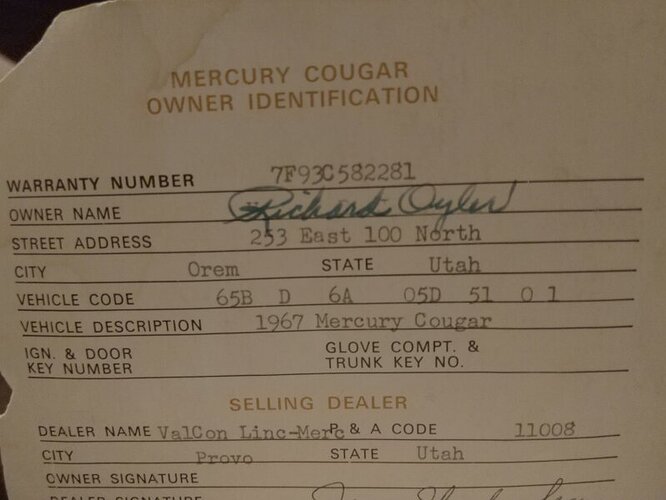 I did not see a price listed? I would like to buy the plates if they become available. Looks solid!

Hello it’s been a bit, the project is still going. I’ve just been doing alot of boring stuff like running brake lines and replacing the master cylender/slave cylenders. I envy you automatic users, it’s a pain to get to that pin with the clutch in the way, replacing the brake light switch was a real chore. They’re manual brakes, so I have no booster, the master is connected directly to the pedal. I have also obtained at set of american racing rims, 14x6 and 14x7 used for 150 for the whole set. Thanks for reading and I’ll keep you guys updated.

Test fitting my back wheels, they look good! 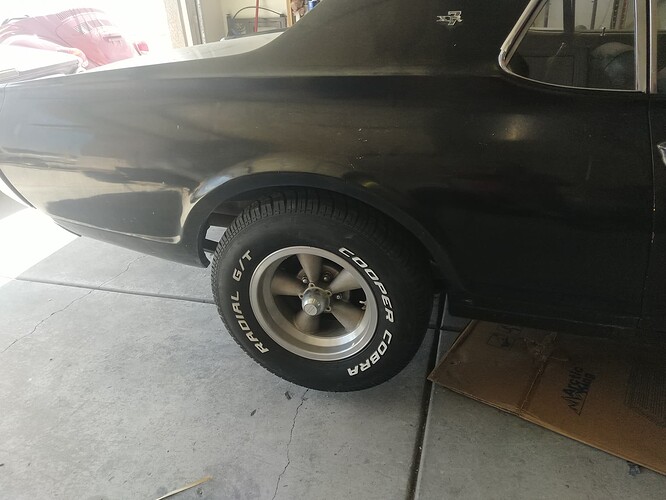 They do look awesome.

Big rims have their place on restomods etc . But I like the baggy tyred old school smaller mag for that classic look.

Hello guys! I have some more progress updates on the Cougar. I am almost done assembling the dash and she has seen the sun again for the first time in 2 months. I still have some work to do on the brakes, as when I drove her to town, my rear right drum started dragging, bad, and put enough backpressure on my pedal to activate my brake lights. Lesson learned, when you replace 3 wheel cylenders, you NEED to replace the 4th one!
Anywho, thanks for reading this, I will have updates more often now that the weather is cool. Have a good day 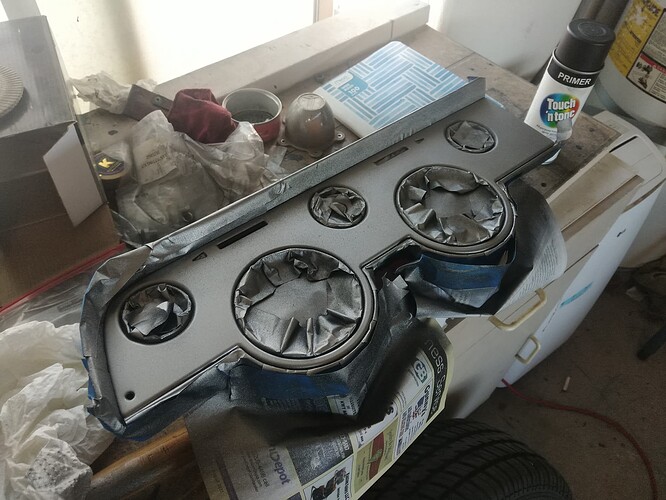 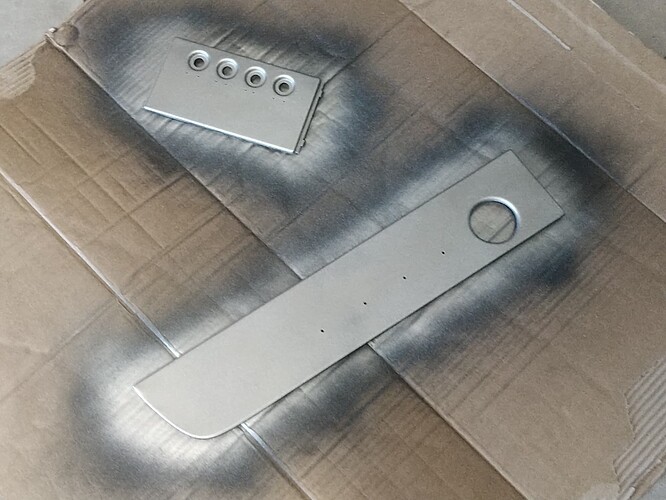 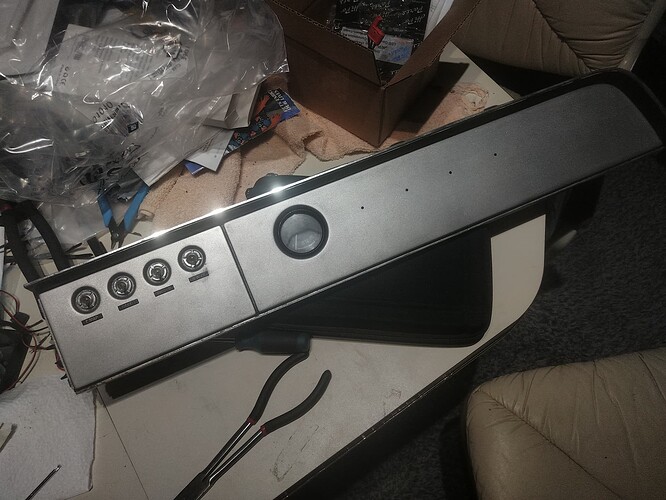 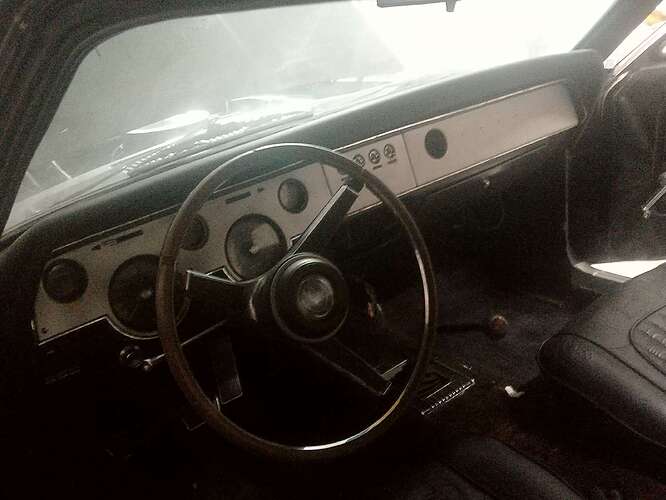 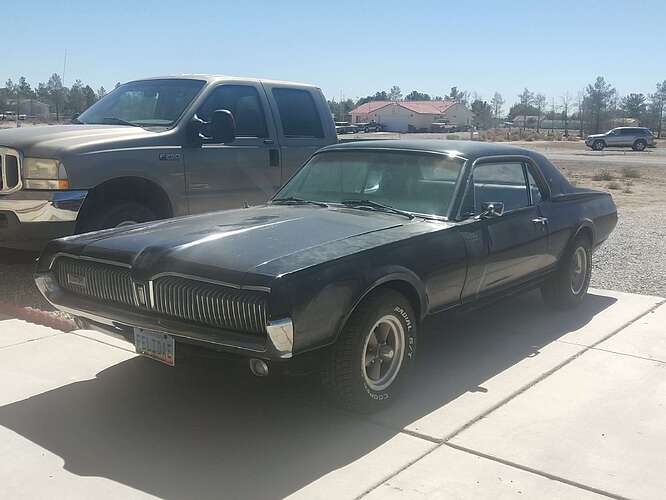 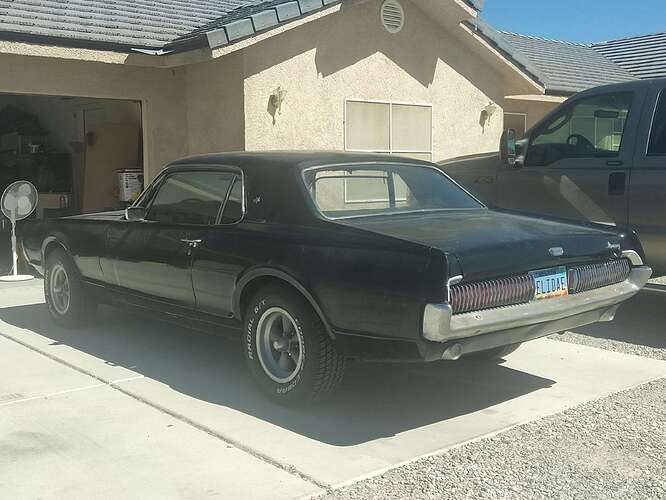