All,
Thought I would start a new thread for Bart Lovely’s numbers match Red GTE. I will receive the numbers matching motor this Tuesday, 23 October 2018. Plan is a full tear down and rebuild with a balancing job performed. Once back I will use this thread to ask the experts on trying for a stock look under the hood. The carb as usual is gone and I will use a period correct 735 Cobra Jet Holley on it. This will allow the mimicking of the front to rear fuel transfer tube and the correct driver side inlet and small filter. This GTE came with a smog pump, and against my will to box up, I will install the smog system.

All and all, I will be pestering you guys with questions about the under the hood look and such. I am more of a modified guy with a Mustang background, so this will be a whole new field to plow!! Thanks in advance for any help!!!

Wow ! more good news for the Red GTE Mustangs Unlimited car that was bashed , and crapped all over on. ( Even by the so called experts )
Should teach more people not to go by hear say. Use of facts only !
Congrats and glad to hear it is working out for the new owner.

I think you will love that carb on the 427. I am running the same carb on my GT-E and it really does perform better than the 600 CFM original. You will need the correct transfer tube but it is reproduced. I would not put the smog stuff on until the engine is completely sorted out. It is hard enough to get to the plugs with out that mess.

Engine is disassembled and gone to the machine shop for full inspection and a balancing job at least. Pistons all look great but we will determine condition after further disassembly, This was the engine that was in the Black GTE in the fire. She got a bit hot. The aluminum intake survived, but I found three pieces of the melted carburetor in three of the cylinders. The engine looks totally ok, but we will check it thoroughly.

Been very busy lately. The 427 is at the machine shop and I should start fairly soon. Below is a picture of the thermostat and some molten aluminum that was the carb on the original engine that was in the fire. The intake seems to be unscathed as well as the pistons and the block. The molten metal was in the number 4, 6, and 7 piston holes. Just sitting there nice and pretty. The carb melted due to its small size and inability to absorb heat like the block and intake is my theory.

The engine will be gone over with a fine tooth comb, but I am confident it is not hurt. More later!!

Those are actually pretty cool keepsakes to go along with the story.

Automatic is out. I have seen the area on a C6 in 1969 for the VIN number. Can someone tell me if it is the same? On top at the rear of the main case.

The above makes me think it has been replaced. I am curious what other GTE owners have for tranny tags and servo cover cast numbers? Also do all original GTE transmissions have the VIN stamped in them? 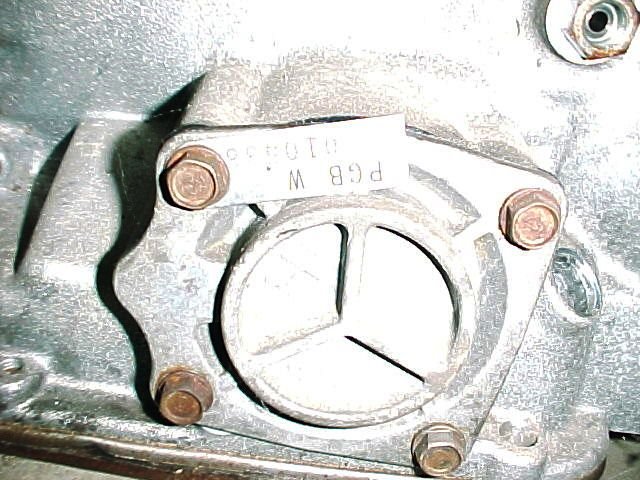 Well butter my butt and call me biscuit!! Goes to show you that many old references and the internet can have holes in them. I would be interested if ALL GTE’s had this tag? Or a bunch of owners have this same tag? To bad your picture is washed out. I would be curious as to the cast numbers on the servo cover.

Anyone got the numbers off the steering box tag?

Can someone provide me a nice engine shot that shows me the lay of the land for the smog system and PCV valve piping? A shot that shows the pulley layout would be helpful. I even have the always discarded engine pulling brackets! I have lots of the original stuff to include a rebuilt smog pump, but I bet I am missing some pieces!!

The shop manual and the Mercury Illustrated Parts catalog also call it out. Yes, all 427 GT-E’s got this transmission originally. You are much more likely to find one from a parted out GT500 Shelby since there were many more of those built.

Well butter my butt and call me biscuit!! Goes to show you that many old references and the internet can have holes in them. I would be interested if ALL GTE’s had this tag? Or a bunch of owners have this same tag? To bad your picture is washed out. I would be curious as to the cast numbers on the servo cover.

Anyone got the numbers off the steering box tag? 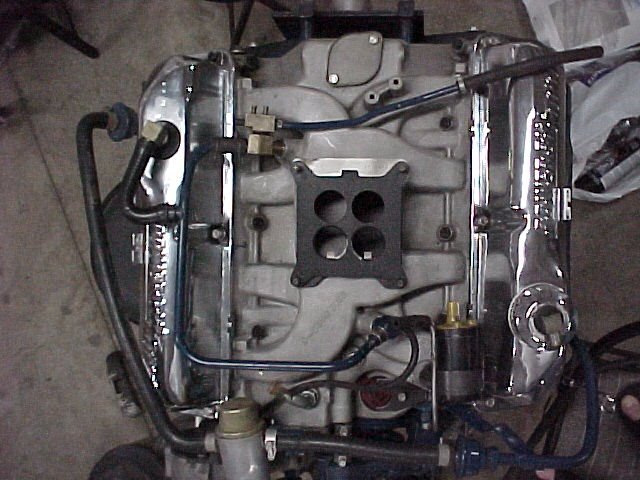