Now that Fall is less than a week away, I thought it would be fun to see everyone’s summer pictures of their Cougars. Those of us who live in snowy climates are going to need pictures of nice warm days to get us through to the next summer!

I finally took my Cougar out of the garage last weekend and put some miles on it. Here are a couple of pictures to start this off. 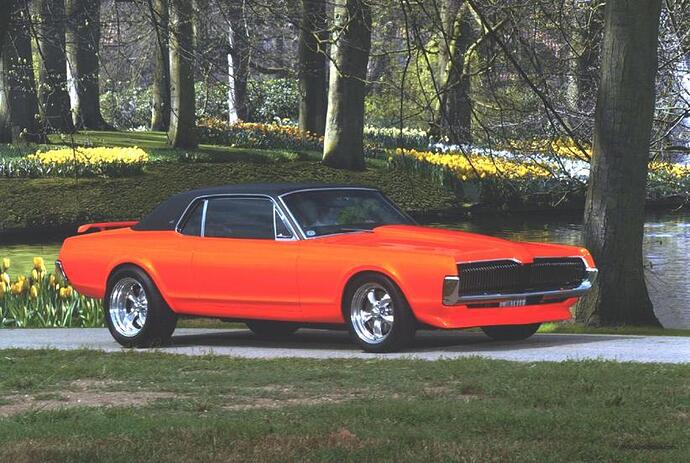 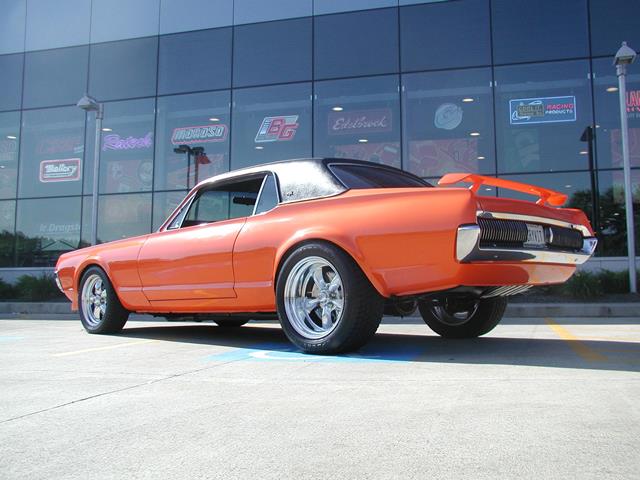 I’ll see if I can get a new one posted this week, I had the cat running Sunday and just getting ready to put the boot on and go for a cruise before I got interrupted. Although my summer picture won’t look much different from the winter picture I posted in that discussion 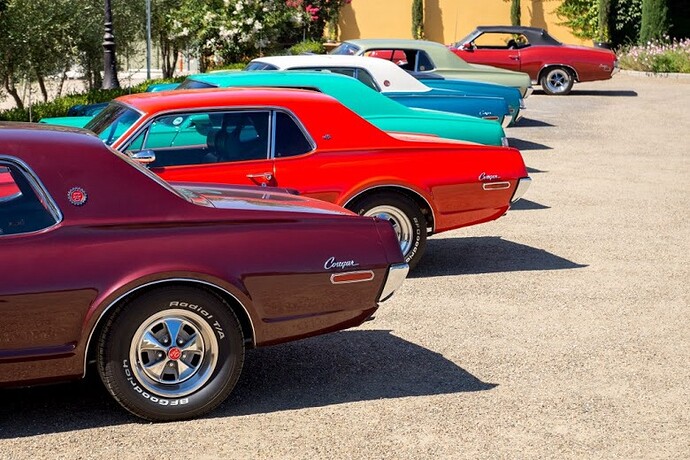 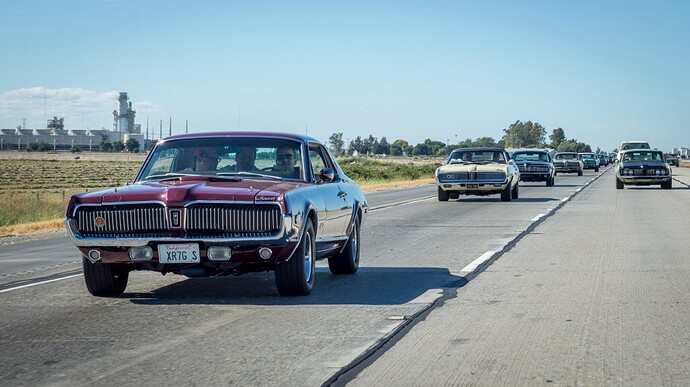 From an August cruise night in my town. Parked next to this 69 vert. 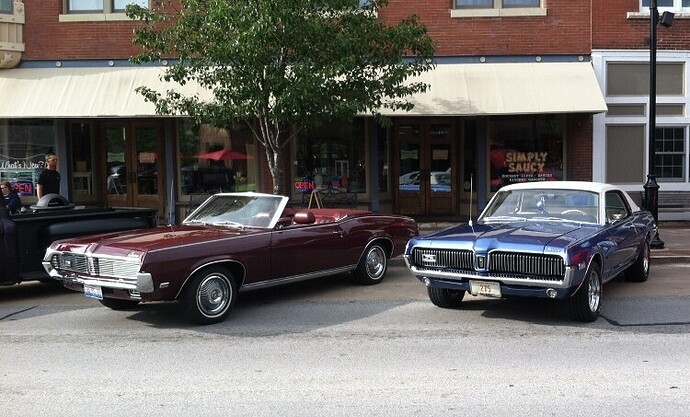 Here is another that a buddy of mine took and then added some graphics. 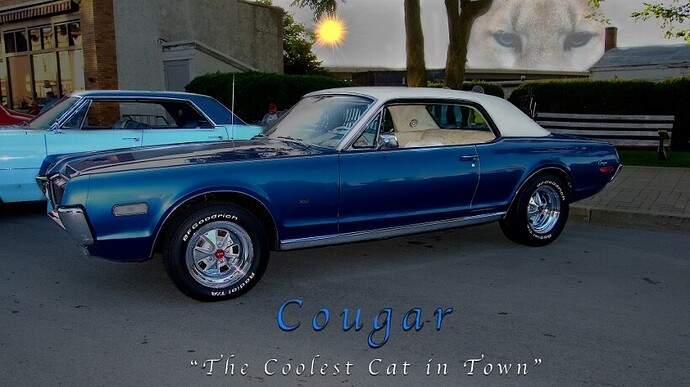 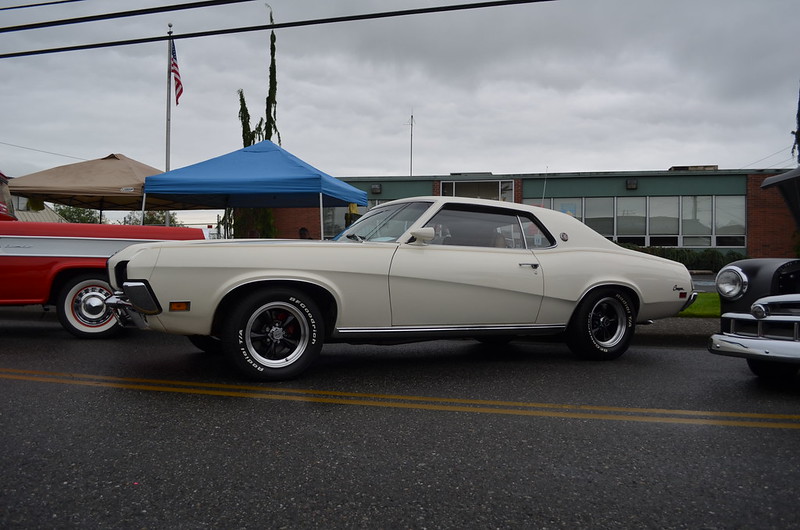 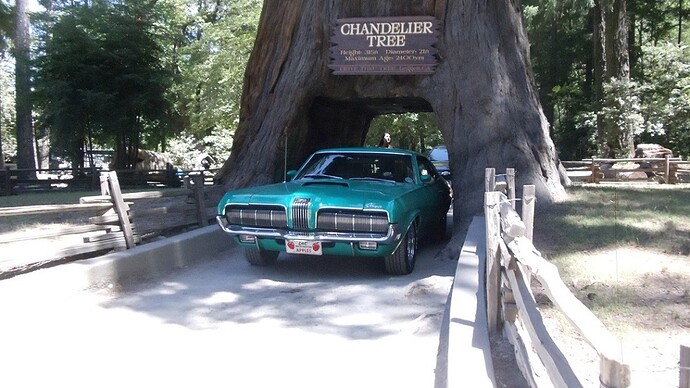 These are all great pictures, Thanks for posting!! 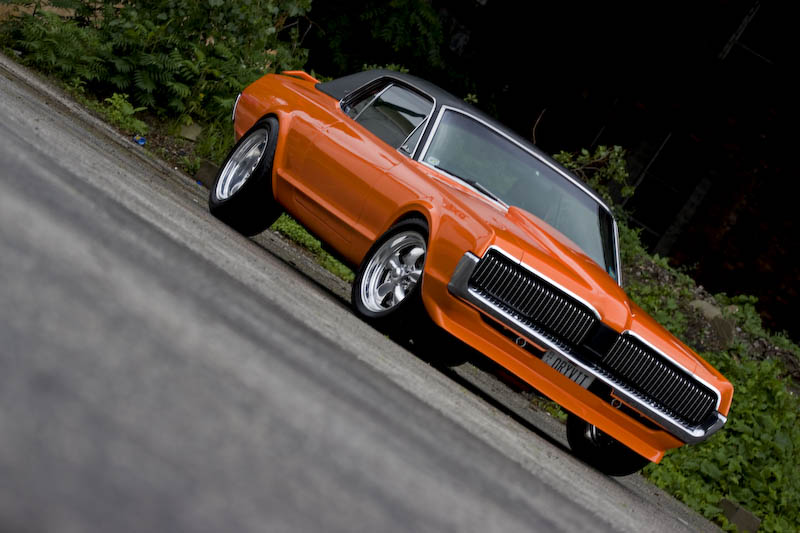 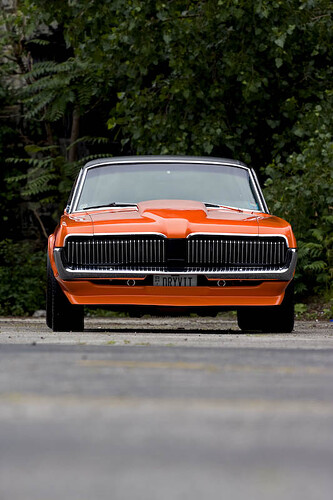 What a pain… last day of summer today, but still good enough to ride the top down! 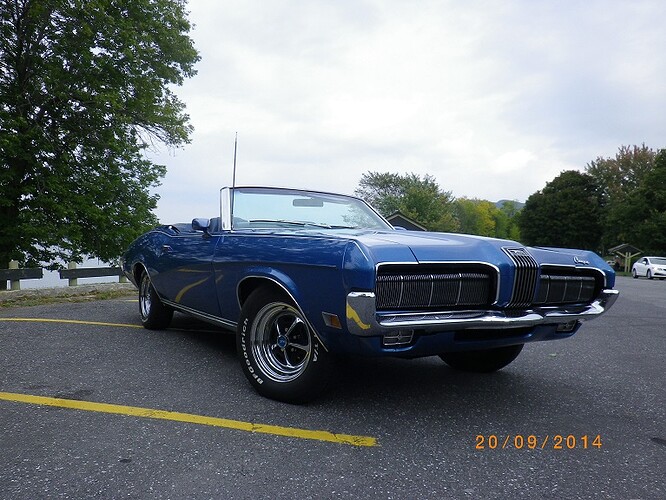 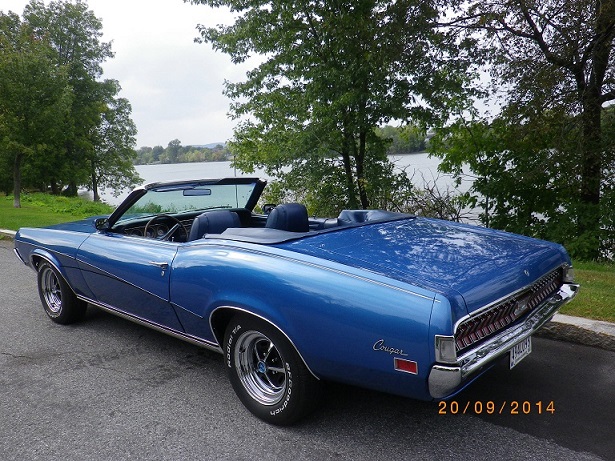 OK so it’s not summer anymore, but here are some pix from a jaunt we took yesterday. On the occasion of my (yikes!) 60th, my son, nephew, and I took three of the fleet up Angeles Crest Highway to Newcomb’s Ranch for lunch. Little did we know that Ford had a fleet of their own up there for the European press to test. I’m guessing they had at least 8 new Mustangs to flog through the hills, as they kept going by as we were on our way up. There were still three of them at Newcomb’s when we arrived. The grey one had reporters from Poland and Germany, while they were filming a silver one doing donuts in the parking lot with a guy from Italy. They also had a new four door Transit Connect as a camera car. I had never seen one like it before - have you? Of course the best part was the hang with my son and his cousin! (Gotta say those new Stangs are talking to me!)

Here are a few from early Summer here in sunny Arizona 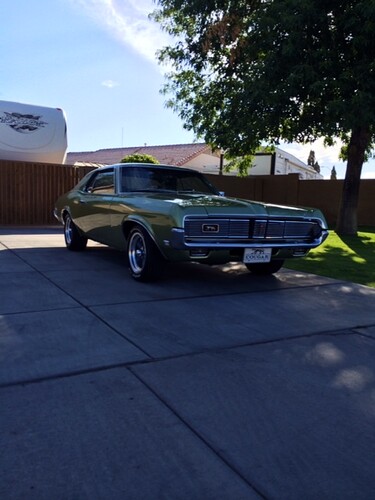 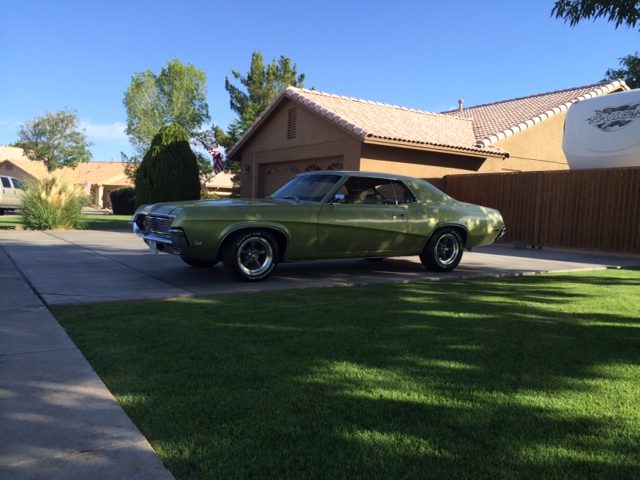