I would call Kevin Marti and ask him to double check his data. Also, if your car still has its original buck tag it will be stamped “PS” if the car originally had it. Finally, the mounting holes for the power steering ram bracket will have no rivnuts in them if the car never had power steering. You would see two hexagonal open holes on the underside of the frame rail just outboard of the pitman arm. If you see rivnuts the power steering was removed early on.

Chuck, below are pics of the rivnuts on my PS car.

You can also check your build sheet, when you find it (look under the driver’s side carpet first).
Power Assists, row C, column 6, will have a letter “F” if it was equipped with PS on the assembly line. If not, that box will be blank.
For the CJ, you would also have PS Belt 90ED listed in the Drive Belts section (row G, columns 26-29). 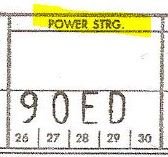 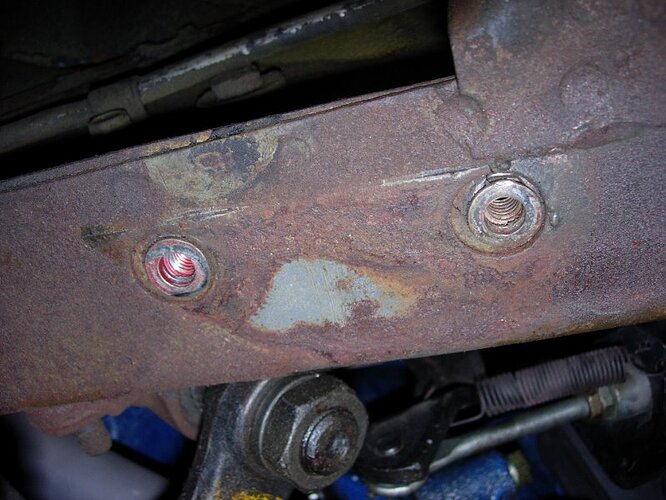 Thanks for the replies! I’ll be taking delivery of the car this evening and may put it up on the rack, just out of general principles of course. If it had it originally, I have no real qualms about putting it back on because I remember how it was to drive when I was 24 years old. I can only imagine what it would be like now!

I received the car. I put it on the rack. The two rivnuts are there! Hallelujah! I can safely put PS back on and have a driveable car for once. That dude is a handful to drive without PS. The rimblow steering wheel only adds to the entertainment when in a tight spot.

While on the rack, I also noticed a spot on the frame just behind the front spring hanger for the rear-leafs where the traction-bars I used to have had contacted and left a hole in the metal. They were Ansen Ground-Grabbers. Amazing time-capsule and revisit of my own history.