When you were 16 years old what car did you dream about owning?

Fun topic:
When you were 16 years old what car did you dream about owning?

It would be neat to hear from everyone and photos would be fun to see.

Have you visited the new and improved CCOA website www.CougarClub.org

I owned my first '67 Cougar when I was 16. I don’t think I dreamed of owning any other car. I dreamed of having enough money to buy all the things that were mentioned in Joel Rosen’s Motion catalog. Like a 427 side oiler with two four barrels. I wanted to buy all the go - fast goodies and put them in my Cougar. 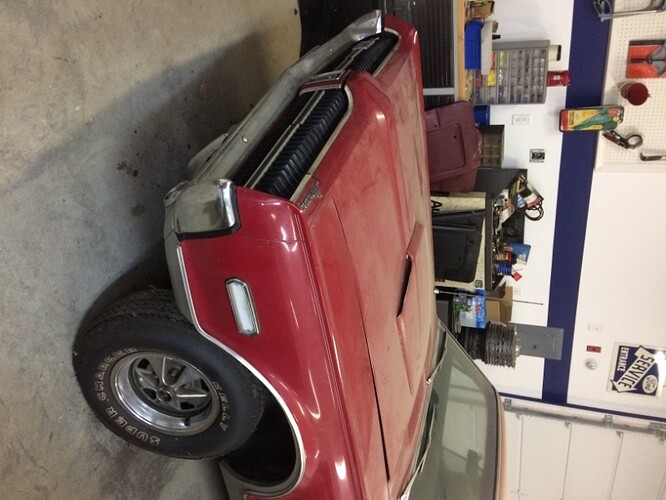 I wanted something more along the lines of a mid 60’s 442 or a GS. But as I was broke anything that ran was fine, leading me to my first car. It was a 1961 Ranch wagon with a 223 I6 and a slush box. I gave it the nick name that matched that blinding acceleration. “Ho Hum Silver” She was a lot of fun, until a rod exited the side of the block on the way to my first day of my senior year of High school. 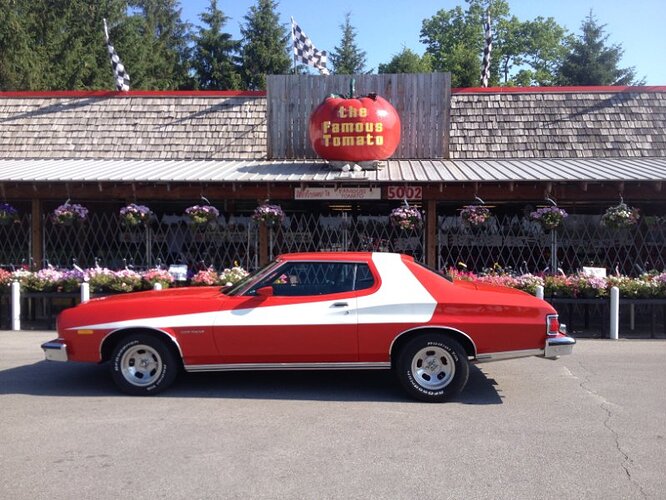 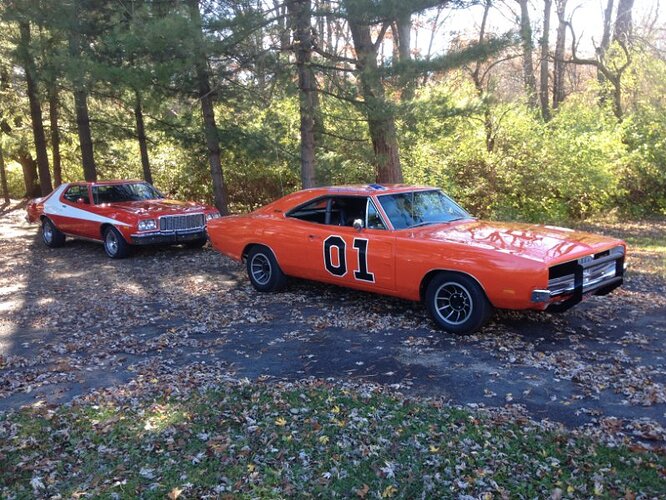 Ended up with none of them because mowing lawns didn’t pay that much.

First Cougar in my life was a '76 XR7 that the folks owned and I drove it on a learners permit, saw first '67 in HS, almost bought a 70 but they backed out… until finally buying that first '68 and now my current car.

Anything with a V8.

My aunt bought a '67 Cougar right after they were introduced. It had bucket seats, a floor shift, and of course it was a two door hardtop so it looked amazing with the windows down. And then there were the really cool headlights and tail lights. But I could not afford one even though they were all 6 years old by that point. My brother and my dad found a '65 Comet 2 door hard top with a 289 that I really loved. It got totaled when I got rear ended by a guy in massive Olds. I took the insurance money and my savings and bought my first '67 Cougar. I bought it at night, in the rain. My father was pretty disappointed that I had not consulted him first but it turned out to be a pretty decent car.

What I really wanted was a '67 XR-7 GT. It was Jamaican Yellow with a black vinyl top and black leather interior. It had factory styled steel wheels, center console, factory air, and in-dash AM 8 track. It had seen some hard miles and had a few leaks… I got the used car dealer to let me take it home to show my parents and my father took one look under the very packed hood and said no way. It was leaking enough oil from the chrome rocker covers to produce whisps of smoke from each side. It was burning some oil the old fashioned way as well. As I sadly drove back to the dealer I realized how tired it really was as it was probably not as quick as my 289 2V.

I had a 68 302 - 3 speed it was plenty fast but I wanted Al Bundys ,chased it forever but his Dad wouldn’t sell, it was always a talk though.

When I was 16 I had the same car I have now, although it looked a little bit different, almost 40 years ago.

'70 Cougar. Fortunately our family had one.

I wanted a 1958 Chevy Impala Convertible or a 1916 Ford Model T. The Model T is what my Dad learned to drive in. I bought a 68 Pontiac Tempest instead.

As I neared getting my license, I really wanted a Triumph TR-6. Never got one and eventually outgrew that desire, literally and figuratively.

I learned to drive in my mom’s '73 Capri. Once while cruising around, the seat back broke which was an ‘oh sh*t’ moment. My folks accused me of messing around with my girlfriend and took away driving privileges. (Duh, Mom, we use the passenger seat for that). About 2 weeks later, they got a recall notice for the seat back latch. Another time, the shifter handle broke and I had to nurse it home in 2nd gear the whole way. Again, they accused me of racing and clutch-less shifting. Again privileges revoked. Again, almost like clockwork, another recall notice.

The first car I bought was a '67 Firebird - retired (and tired) racer. It didn’t run and I suspect my dad let me buy it with the expectation that I wouldn’t get it running. Turned out it was just that the distributor was 180 degrees off. Still couldn’t drive until I got exhaust pipes & mufflers. And insurance. So they kept me off the road for awhile. 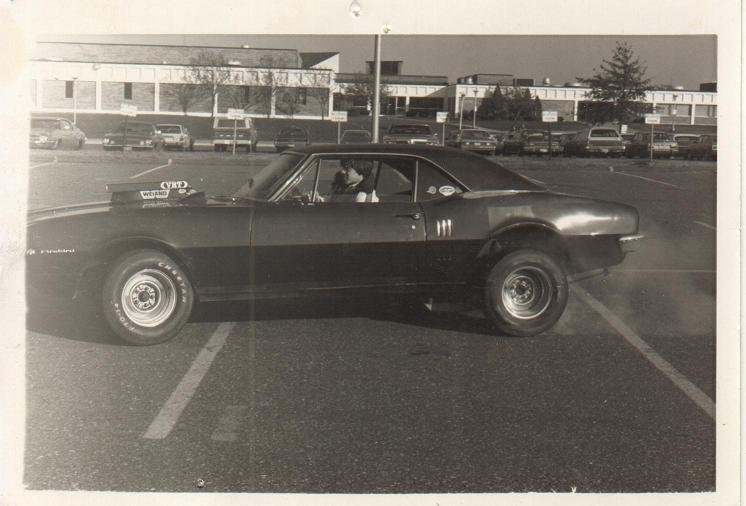 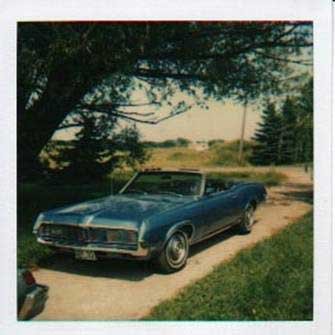 I sold the Firebird to a guy who insisted he knew how to use the vertical-gate shifter. Turns out he didn’t as he blew the engine on a freeway on-ramp on his way home.

Sorry for the lengthy response to a simple question. Got a little nostalgic there. Thanks for the thread, Gavin.

I wanted a fastback Mustang like my father. His was yellow, 289 4V and a 4spd. By the mid 80’s when I was in the market a decent one was $3500 so I settled for a 68 Std Cougar with no reverse for $800. I soon realized the Cougar was a better fit for me. Since then I have owned a few Mustangs but never was in love with them. I still own my Grandfathers 66 PU sitting next to it. 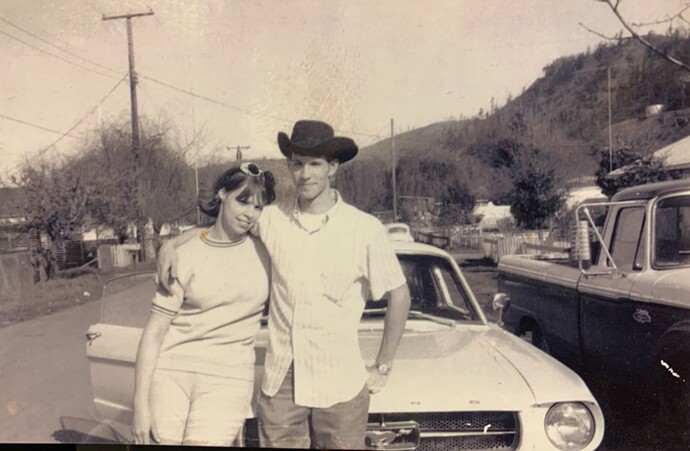 The first car I bought was a '67 Firebird - retired (and tired) racer.

2nd car was a 76 Ventura Landau that I got up to 150 before blowing the motor. Could have had a built 400 installed for 1K but…
3rd was the Yugo thinking it was better than a used car… lol
4th was a 74 Nova hatch that I put a new intake and a 750 dual feed Holley… didn’t know 74 had smaller bore 350 and blew it.
My 5th car was a '68 Firebird with a '70 350. Rebuilt the frontend but it had tons of bondo in the rear quarter. Loved it but had issues and couldn’t keep the payments going.

When I was 15 I would look at old Hotrod magazines and got hooked on the Cougar front end it was just so different. I found my first cougar when I was 15 and my dad helped me fix it. Ford blue ran in our blood. 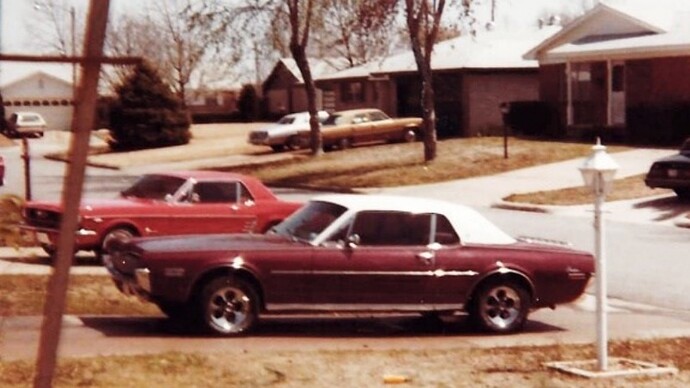 I was already working full-time then while still in high school and was making enough money to cover the payments on a brand-new '69 Mustang convertible but my parents wouldn’t co-sign and no one makes a car loan to a 16 yo. I still remember the car sitting on the showroom floor. It was Lime Frost with a black convertible top.

What I ended up with was a 1965 Pontiac Tempest convertible with a 6-banger that burned oil.